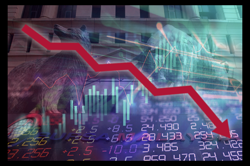 KUALA LUMPUR: The FBM KLCI descended lower to the 1,200 support on Thursday as investors continued their exodus from equities to safer ground.

Despite reports of mammoth stimulus packages from the world's major central banks, investors were not persuaded to stay invested in light of the worsening coronavirus situation.

Amid calls by stockbrokers to suspend trading on the local exchange to stave off a further meltdown, 880 counters fell into the red while 102 gained and 159 were unchanged.