KUALA LUMPUR: The newly reconfigured former Parkson area could be a key driver for KLCCP Stapled Group as it should be able to mitigate the REIT's lukewarm hospitality segment while offering the potential scaling of the space's net lettable area, says RHB research.

The research house increased its earnings forecast on the company by about 1% to better reflect the incremental rental from the reconfigured space.

It has a buy call on the stock and increased its target price to RM8.68 from RM8.15 previously.

In its visit to the new opened space, the research house said it was highly impressed by the new and glossy look of the reconfigured area.

It said the Covid-19 scare plays a part in the seemingly lacklustre shopper crow but expects footfall to gain momentum when all the hsops are fully operational in June.

"In the meantime, impressive lunch crowds – courtesy of the surrounding office buildings – should be able to sustain sales.

"With an annual footfall of 48m at present, we are not overly concerned about Suria KLCC’s shopper traffic at this juncture – especially as turnover rent only makes up 2% of the mall’s rental contribution," it said.

The only portion of Phase 1 of the reconfiguration that is yet to be completed is the remaining half of the Signatures food court on level 2, which is scheduled to open by the first half of this year.

RHB is upbeat over the 125,000 sq ft of NLA left behind by Parkson being divided into smaller lots of under 10,000 sq ft each due to smaller-sized tenants commanding higher rental psf.

"From our observations, around a third of the retail stores have yet to open, with half of the food & beverage offerings on level 2 due to open by 2Q20 only," it added.

RHB believes further scaling of NLA in the future is plausible given the ample space that makes up the common areas. 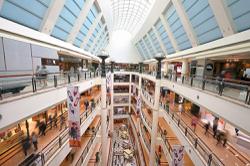 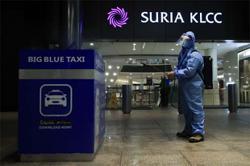 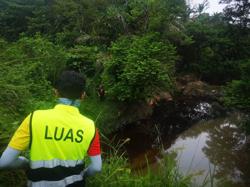