RM2mil is no small change

Tengku Adnan(centre in this March 5 picture), the Umno Treasurer, disclosed that he had declared his wealth to three different prime ministers.

COINCIDENTALLY, the Forbes list of the top-40 Malaysian billionaires was released on the same day as when the details of assets belonging to former minister Datuk Seri Tengku Adnan Tengku Mansor became a matter of interest during his graft proceedings in court.

Based on the amount, Tengku Adnan would have easily made it to the top-50 richest Malaysians list, which is now mainly dominated by Chinese businessmen. Tengku Adnan is not the only politician with assets running close to RM1bil.

The late Tan Sri Jamaluddin Jarjis had a wealth of RM2.08bil, which became a subject of a legal suit between his family members and his mother.

Then, former Prime Minister Datuk Seri Najib Razak had contended that Jamaluddin was already wealthy before entering politics.Similarly, Tengku Adnan has clarified that his fortune would have been much higher had he not disposed it to join politics.

Nevertheless, it is quite clear that the Forbes list of the richest Malaysians is not conclusive.

If this list were to include all and sundry, including politicians, the group may differ.

Tengku Adnan is charged with accepting RM2mil from property developer Tan Sri Chai Kin Kong of Aset Kayamas Sdn Bhd when he was the Federal Territories Minister, with the amount being deposited into his company account.

His defence was that the money was used for political purposes and that “RM2mil was just like pocket money” for him.

Considering the wealth Tengku Adnan has at his disposal, RM2mil could be considered small change for him. However, for the bulk of Malaysians, it is 10 times their savings when they reach the age of 54.

According to the 2018 annual report of the Employees Provident Fund (EPF), the average active contributor has only RM209,861 in his or her account at the age of 54. For inactive members, the amount is even less at a mere RM43,938. 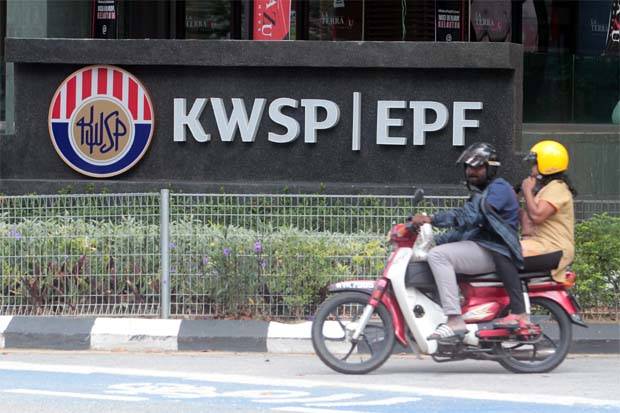 On average, a person needs to have about RM250,000 in his EPF account to earn just above RM1,000 per month when they are no longer employed. This is on the assumption that the EPF gives a return of 5% per annum, a feat that the provident fund has been able to do in the last few years despite the tough investing environment.

For the bulk of Malaysians, even RM1mil in the kitty is already a lot of money when they reach 55 or more.

According to the EPF’s 2018 annual report, only 39,610 contributors have savings of more than RM1mil. This group collectively has RM66bil in the provident fund.

To put it in a nutshell, RM2mil is a lot of money for the majority of the working class that makes up the bulk of the population of Malaysia. It is beyond the reach of the majority. Many are left with only 10% of the amount when they reach the retirement age of 55 and above.

The fact that an active politician talks of RM2mil being “pocket money” is a reflection of the disconnect between what’s happening on the ground and those in the upper echelons of the administration in Putrajaya – especially ministers in the Barisan Nasional government.

The median income of the bottom 40% of households in Malaysia is RM3,000, while the middle 40% of the population earns RM6,275. This is based on the data of the Statistics Department as of end-2016, which is four years ago. The numbers should have improved but could not have improved too much.

The amount earned by average households is hardly enough to keep up with the cost of living. It is compounded by the growing unemployment rate of the younger workforce. Many also tend to end up with jobs that do not commensurate with their qualifications, which is why the rising cost of living has always been the focal point for any ruling government.

Both the Barisan and Pakatan Harapan governments have resorted to putting money directly into the hands of the people. But the amount is really not much and not as effective as raising the income levels of the people.

Domestic investments have been lagging in the last four years, a trend that has to be reversed if the income of households is to increase.

Under the Barisan government, the policy was to spend their way through any downturns without much care and processes put in place to control cost. For instance, the cost was cut for the mass rapid transit phase two and light rail transit line three projects significantly after Pakatan took over.

However, under Pakatan, government project rollouts were slow. Contracts were negotiated several times before being awarded. Decision-makers in Putrajaya were extremely cautious to ensure that public projects implemented were at the lowest possible cost. In the process, not many projects were awarded, which did not help the economy.

The new government has yet to be formed. Hopefully, it would have ministers who are able to decide quickly while ensuring the cost is kept to the minimal.

Prime Minister Tan Sri Muhyiddin Yassin has said that he wants a team that is not tainted, as fighting corruption is still his main agenda. How he is going to do this would be challenging, considering that Umno, a party where the wealth of the leaders has come under scrutiny, is the largest partner in his coalition.

There is nothing wrong in loving money. A stack of new notes smells good and does wonders to one’s state of mind.

A monied person oozes self-confidence. It enables them to get their favourite spot in the most expensive restaurant. A stream of waiters will be at their disposal because they know they will leave a hefty tip.

But there is a saying that money is the root of all evil. It breeds power and corruption. Hence, excessive amounts of money concentrated in the hands of individuals is not healthy.

How much is too much differs from individual to individual.

But RM2mil is certainly no small change and just too much for the majority of people.