A successful bid by Atlanta-based Gray would significantly expand its footprint in several TV markets. It underscores the pressure Gray and other companies in the TV station industry are under to gain scale and pricing power with advertisers and the major networks.

While the sector is benefiting from increased political advertising this year ahead of the U.S. presidential election in November, TV advertising budgets have been in decline as media consumption shifts to the internet and online streaming.

Gray, which has a market capitalization of $1.5 billion, has offered about $20 per share in cash and stock for Tegna, two of the sources said. The acquisition financing would add to Gray's $3.8 billion debt pile, but the company has a plan to quickly pay down debt should the deal be completed, one of the sources added.

After Reuters reported on Gray's bid on Friday, private equity firm Apollo Global Management Inc informed Tegna it was also prepared to offer $20 per share to buy the company, but its bid would be all-cash, the sources said.

Apollo made a big bet on the sector last year, acquiring the TV and radio stations of Cox Enterprises Inc for more than $3 billion, including debt.

There is no certainty that Tegna, which has a market capitalization of $3.7 billion and outstanding debt of $4.2 billion, will accept either offer, or that it will successfully negotiate a deal, the sources said. A deal with Gray or Apollo would require divestitures, according to the sources.

The sources asked not to be identified because the matter is confidential.

Virginia-based Tegna declined to comment, while Gray and Apollo did not immediately respond to requests for comment.

Only 67% of U.S. households still have traditional pay-TV subscriptions, according to a PwC report published last year. The decline in traditional viewership has led to a wave of consolidation as companies compete for viewers.

Gray is generally present in smaller markers and Tegna is present in larger markets, making their combination complementary and more likely to be approved by regulators, one of the sources said.

Last month, the companies announced a deal for Gray to acquire a minority stake in Premion, Tegna's over-the-top advertising platform for advertisers. As part of this agreement, Gray will serve as a reseller of Premion’s services across all of its markets. The sources said Gray's offer for the entirety of Tegna was not affected by the partnership the companies clinched in advertising.

Standard General, a hedge fund that owns roughly 9.7% of Tegna, has been pushing the company to sell itself and is seeking to get directors on its board. Investment firms HG Vora Capital Management and Donerail Group have also been pushing for changes at Tegna.

"We believe that the Tegna board, with the assistance of independent advisers, needs to run a full and fair process to explore all alternatives to maximize value for all shareholders," Standard General founding partner Soo Kim said in a statement.

For the 2019 fourth quarter, Tegna reported adjusted earnings before interest, taxes, depreciation and amortization of $229 million, at the high end of the range it had provided in its preliminary results, albeit down $44 million year-on-year. The company has guided for revenue growth in 2021 in the mid-to-high 20% range, compared with 2019. - Reuters 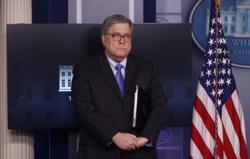 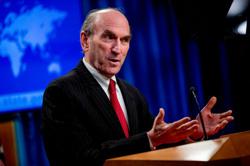