The Food and Agriculture Organization (FAO) food priceindex, which measures monthly changes for a basket of cereals, oilseeds, dairy products, meat and sugar, averaged 180.5 points last month, down 1.0% on January.

The Food and Agriculture Organization (FAO) food priceindex, which measures monthly changes for a basket of cereals, oilseeds, dairy products, meat and sugar, averaged 180.5 points last month, down 1.0% on January.

FAO also slightly upped its forecast for cereal production, predicting a crop totalling some 2.719 billion tonnes in 2019, up from a previous forecast of 2.715 billion and some 2.3% higher than the 2018 crop.

The vegetable oil price index plunged 10.3% from January, led by a slump in palm oil prices, while the cereal price index eased 0.9%, with the international prices of all major cereals, except rice, declining.

FAO said the spread of the coronavirus contributed to the price decline in both indices amid fears the outbreak would trigger a global slowdown.

Coronavirus also hit the meat price index, which dropped 2% on the month as imports declined to China, the epicentre of the outbreak, which has so far infected at least 95,300 people globally and caused more than 3,200 deaths.

The dairy price index rose 4.6%, pushed higher by a rise for cheese, fuelled by tightening export supplies from New Zealand and Australia.

However, quotations for milk powder fell due to a slowdown in purchases by China, the world's largest importer, because of delays in cargo handling in ports, affected by the spread of the coronavirus, FAO said.

By contrast, the sugar price index rose 4.5% on the month, hitting its highest level since May, 2017, mostly caused by prospects of lower production in India and protracted drought in Thailand -- two major sugar producing countries.

Its preliminary forecast for 2020 wheat production was pegged at 763 million tonnes, almost unchanged from the near-record level registered in 2019. - Reuters 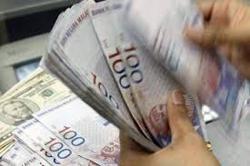