“I am happy to dispose this hotel which is only about 3½ years old for a huge gain," said BCorp executive chairman Tan Sri Vincent Tan.

It said on Friday the disposal of the hotel by its subsidiary, Kyoto Higashiyama Hospitality Assets Tokutei Mokuteki Kaisha (KHHA) was targeted to close in mid-March this year.

Another Bcorp subsidiary Berjaya Kyoto Development Kabushiki Kaisha (BKD) will lease back the hotel from Tigre for 17 years to maintain the present arrangements and operations of the hotel.

The five-storey hotel is a five-star rated with two basement floors and 123 guest rooms. It started operations in 2016 and it is managed under the Four Seasons brand by Four Seasons.

BCorp said besides the hotel, the BCorp Group also developed 57 units of residences and also operated under the brand name of Four Seasons Hotel & Hotel Residences in Kyoto, Japan. These residences are not part of the disposal.

The disposal provides an opportunity for the BCorp Group to monetise its investments in the hotel at a very attractive price with estimated gain exceeding RM600mil.

“I am happy to dispose this hotel which is only about 3½ years old for a huge gain. Together with the 23 units of the Four Seasons Kyoto residences which were already sold and the estimated profit from the potential sale of the remaining 34 units of the residences, the BCorp Group is expecting to realise a total net gain of about RM1.55bil with gross cash inflows surpassing RM3.22bil for our entire Four Seasons Hotel and Residences project in Kyoto” said BCorp executive chairman Tan Sri Vincent Tan.

BCorp said the proposed disposal enable the group to monetise the investments in the hotel at an attractive price.

“Based on the sale sonsideration of 49bil yen, the BCorp Group expects to realise an estimated gain on disposal of 16.03bil yen (RM612.73mi).

“As part of the proceeds from the proposed disposal will be used towards the repayment of bank borrowings, this will give rise to interest savings and in turn, will improve the BCorp group’s financial position.

“The proposed disposal will also unlock capital resources that are tied up in long term assets, thus improving the cash position of the BCorp group and providing the BCorp group with financial flexibility for its operations and future investments as and when they arise.

“The proposed leaseback will ensure that there will be no interruption to the existing operations of the hotel which is managed by BKD, ” it said. 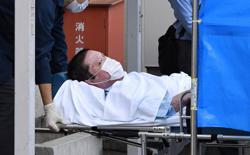 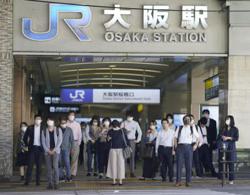 Japan to lift state of emergency for Osaka, nearby Kyoto, Hyogo