following the announcement of better-than-expected earnings.

According to the research house, KPJ's FY19 core net profit of RM211mil was 18% higher year-on-year (y-o-y) and exceeded its and consensus estimates by 10% and 15% respectively.

Kenanga said the the above-expected performance was owing to the recognition of investment tax allowance in the final quarter of FY19. Consequently, the effective tax rate was 18% lower compared to 28% in FY18.

FY19 Ebitda margin rose 3ppt to 18% from 15% in FY18 from adoption of MFRS 16 and possibly on contributions from the new hospitals (previously under gestation) and incremental ramp-ups from new openings.

"KPJ Batu Pahat which opened on 18 September 2019 has started contributing to the Malaysia segment’s revenue alongside other newly-opened hospitals such as KPJ Perlis and KPJ Bandar Dato’ Onn," it said.

Ebitda rose 29% due to impact of MFRS 16 adoption since the Group does not recognised lease rental but instead recognised depreciation and finance costs derived from the right-of-use assets and lease liabilities, respectively.

"We raise FY20E net profit by 5% after taking into account the remaining balance unused portion of the investment tax allowance to lower the effective tax rate from 33% to 30%," said Kenanga. 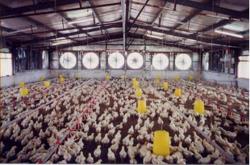