Considering the fact that gold is supposed to be a stable store of value, something that could help investors in times of uncertainty, suggests that the situation around coronavirus is not as encouraging as many people thought.

PRICE of gold surged to a seven-year high last week as investors sought a safe haven while volatility saw the S&P500 index close the week at up 20.7%.

Some of the best performing industries over the past seven days were WSJ US Gemstones Index with a 575% growth, WSJ Home Electronics-Appliances Index with a 488.8% improvement and WSJ US Luxury Goods Index increasing 240.2%.

Considering the fact that gold is supposed to be a stable store of value, something that could help investors in times of uncertainty, suggests that the situation around coronavirus is not as encouraging as many people thought.

However, central banks may respond by cutting interest rates, something that will benefit assets like gold. The amount of gold exchange-traded funds are holding has risen for the last 3 weeks.

According to Saxo Bank, during January total holdings in exchange-traded funds backed by bullion rose by an average of 1.3 tons/day. So far this February holdings have been rising by 1.9 tons/day.

A natural question that arises is why despite the dollar strength and recovering markets gold is in such demand.

One of the possible reasons can be that additional rate cuts, increased stimulus, together with negative US real yields push investors to diversify their portfolio, including so-called safe-haven investments.

On the other hand, markets are still scared the Covid-19 coronavirus outbreak will have a longer than expected impact. Car sales in China already fell 96% in the first week of February to a daily average of just 811 vehicles.

The China Passenger Car Association (CPCA) hopes sales would pick up during the second half of the month.

With that purpose, Chinese carmaker Geely has launched a "contactless" service that lets customers buy its cars online that will be delivered directly to their homes.

Still, according to a report by Tsinghua University and Peking University, over 85% expect to run out of cash within three months.

If the trend with the virus continues to hold through March, there is going to be a massive disruption for the economy. In this context, investors expect that China will help its smaller business, by reducing the collection of social

Finally, the US has a major problem - almost the entire oil industry sits on wild leverage to banks! Low oil prices = defaults for shale industry = defaults for US banks = disaster.

According to Moody’s Investors Service, explorers and producers have more than $85 billion of debt maturing over the next four years. If low prices remain, it will directly affect producers’ ability to raise more money this year, thus

Macro data during the week

* The Philadelphia Fed Index for February catapulted to 36.7 from 17.0 in January 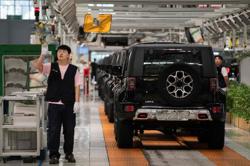 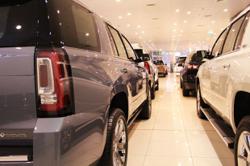 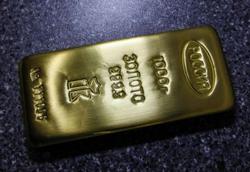