Vietnam the new star of Asean 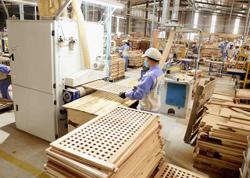 Booming days: A Vietnamese woman shopping for Chinese New Year goods amidst decorations for sale at a market in the old quarters of Hanoi. Leading economists have projected Vietnam’s growth momentum to continue this year, with one projecting 2020 growth at 6.9%. - AFP

MORE than 30 years ago, Vietnam was among the poorest countries in the world. In the past two decades, the country has chalked up an average annual economic growth rate of 6.7%, according to the World Bank.

Leading economists have projected Vietnam’s growth momentum to continue this year, with one projecting 2020 growth at 6.9%.

The Nikkei Asian Review reported that there is plenty of evidence of rising consumerism among the country’s burgeoning middle class, after Hanoi’s Doi Moi economic policy reforms from the mid-1980s.

Taking after China, Vietnam has developed its own brand of socialist-type market economy.

In its distinctive blend of capitalism and socialism, there has been focus on entrepreneurism and material success.

Nikkei also said that one surprising trend is the revival of interest in Vietnamese literature -- well-known for its stylish outlook in the 19th century -- evidenced now by the crowds in bookstores buying books as new year gifts. In fact, this unique trend is not seen in other Asean countries.

And that was clearly seen in this year’s Chinese New Year (Vietnam’s Tet), colourfully celebrated all over the country. That could also be due to the fact that economic growth has been excellent.

Its middle class is now among the fastest growing in South-East Asia, with more than 45 million people having been lifted out of poverty between 2002 and 2018. On the crowded streets of Hanoi and Ho Chi Minh City, signs of prosperity range from new SUVs to gleaming office buildings, luxury apartments and high-end boutiques such as Gucci and Prada.

Amid the new consumer boom, traditional Vietnamese literature has not been left out.

Among this is the revival of ancient folk stories like “Princess Lieu Hanh, Tea-Seller of Ngang Mountain”, featured in “Two Cakes Fit for A King: Folk Tales From Vietnam” – a celebrated anthology compiled by Nguyen Nguyet Cam and Dana Sachs – that have touched a new generation of Vietnamese women with their tales of courageous and empowered princesses.

Folklorist Nguyen Dong Chi says such traditional stories reinforce a sense of national identity that Vietnamese cherish amid the cultural and social dislocations in their fast-changing world. Many single women, for example, no longer live in their parents’ homes and most only occasionally wear the ao dai, the graceful national dress.

There are now about 12,000 bookstores in Vietnam, according to book trade journal Publishing Perspectives.

In the past decade, numerous trendy book cafes have opened in Ho Chi Minh City, including BOA Bookstore, Common Cafe, and the Monologue Book Cafe. BOA is located on the second floor of an old walk-up apartment in District 3, and claims to be the leading English-language independent bookstore in town. Online book sales are also growing fast.That is not all, and there is reason why the Bangkok Post reported last week that Vietnam is one of the best growing economies in the region, becoming an attractive destination for investment from all over the globe.

“The government of Vietnam has put a lot of effort into making the country a good host for incoming investment and companies,” the Thai newspaper said. “Several companies have moved their units across the border to Vietnam from China. They include tech companies like Nokia, Samsung and Olympus, as well as shoe manufacturers such as Nike and Adidas.”

It added that the ease of doing business index for Vietnam was at 69th spot in 2019.

“Vietnam has maintained a gross domestic product (GDP) growth rate of more than 6% since 2000, whereas other neighbouring South-East Asian countries have faltered badly due to the trade wars,” it said.

A key factor in Vietnam that attracts industries is the lucrative corporate tax rate for large firms that are looking to relocate.

“A few large firms in Vietnam have managed to get tax rates as low as zero for the first five years, 5% for the next decade and 10% for the subsequent two,” it explained.

At a recent seminar in the United States, Deborah Elms, executive director of the Asian Trade Centre in Singapore, said Vietnam was doing well in improving its internal capacity to take advantage of the US-China trade war and lure more foreign investment.

Vietnam has so far signed 12 free trade agreements (FTAs) with foreign partners around the globe, including the Comprehensive and Progressive Trans-Pacific Partnership (CPTPP). In June, Vietnam inked an FTA and an Investment Protection Agreement with the European Union.

Like other Asean nations, foreign direct investment (FDI) is crucial for Vietnam to maintain economic growth, since the FDI firms account for about 70% of the country’s total exports.

Russia’s Regnum news agency has hailed Vietnam for jumping 15 places on the ranking of best economies to invest in, surging past other regional peers like Malaysia, Singapore and Indonesia.

The World Economic Forum’s (WEF) 2019 Global Competitiveness Index (GCI) report revealed that Vietnam rose 10 spots from last year to land at 67th out of 141 economies, making it the most improved country this year.

Against the backdrop of a weakening global economy, Vietnam stands out the most with robust and stable economic growth, says Professor Vladimir Mazyrin, Director of the Centre for Vietnamese and Asean studies at the Institute for Far Eastern Studies of the Russian Academy of Science.

The key to such impressive growth remains in the country’s ability to provide a favourable business climate and corporate support, particularly for small and medium enterprises (SMEs), he says.

The Vietnamese government has taken drastic moves to boost the economy, he continues, highlighting the signing of a number of new-generation FTAs; the streamlining of business conditions and verification procedures; the launching of the e-government and digital economy; and the encouragement of start-ups.

Vietnam climbed three spots on the 2019 Global Innovation Index (GII) to place at 42nd out of 129 economies. It is the highest ranking Vietnam has ever achieved.

The country jumped in the ranking of best countries to invest in this year, according to US News and World Report, up from 23rd last year to eighth out of 29 economies.

According to the report, “Doi Moi” (renewal) economic policy reforms beginning in 1986 have helped Vietnam transition to become a more modern, competitive nation.

The country is also loved by foreigners. It was voted the second-best destination for expats to live and work in in 2019 in an Expat Insider survey published by InterNations.

World economists on Jan 5 lifted growth projections for Vietnam after the latest data showed the economy surged more than 7% in the third quarter, according to Bloomberg.

Citigroup Inc has revised its 2019 full-year forecast for Vietnam’s GDP to 6.9% from 6.7%, on the basis of another solid performance in the fourth quarter.

Analysts at Maybank Kim Eng Research Ltd have also upgraded their forecast for Vietnam’s economic expansion to 7% from their previous prediction of 6.8%.

Currently, many international financial institutions are issuing very positive assessments about the prospects of Vietnam’s economy in the coming year.

According to Vietnam News - Edward Lee, the chief economist for Asean and South Asia at Standard Chartered Bank Global Research, Vietnam will be the fastest-growing economy in Asean this year with a projected growth reaching 6.9%, and this is expected to continue until 2021.

Vietnam’s economy has performed well in 2019, with GDP expanding by an estimated 6.8%, while public debt has reduced by nearly eight percentage points of GDP since 2016, and a trade balance surplus for the fourth year in a row, the World Bank said in a report released earlier this month.

It described the results as “remarkable amid a global downturn”.

The World Bank has emphasised the resilience of the Vietnamese economy, saying GDP growth has continued to be driven by a strong external sector with exports expanding by about 8% this year, nearly four times faster than the world average.

The country has also remained an attractive destination for foreign investors, with FDI inflows averaging US$3bil per month. 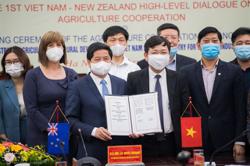 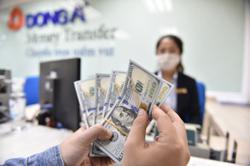