All models affected: Aishah says the new open market value calculation will affect all ranges of models, including national cars.

FOR an industry that has seen sales stagnate over the last few years, 2020 started with a shock for the local automotive sector.

It was staring at a price increase across the board of between 15% and 20%, which would have been devastating for car companies in an already competitive, challenging environment.

The car price hike, following a revised duty structure, was imminent until two days ago when the Finance Ministry decided to defer it for a year.

“This is good news, ” says Malaysian Automotive Association (MAA) president Datuk Aishah Ahmad. Based on internal calculations, she says the new tax structure would have hiked car prices by as much as RM33,000 for high-end cars.

According to Aishah, the industry has a formula to calculate a vehicle’s open market value (OMV), which then has to be declared to customs.

However, the government had gazetted a new formula on Dec 31,2019, one that included additional factors such as marketing cost, profit and royalty. Adding these items would increase the final (on-the-road) prices of cars, says Aishah.

“If the base is higher, it would mean higher duties, ” she adds.

The new OMV formula only applies to completely-knocked-down (CKD) vehicles and not completely-built-up (CBU) ones.

MIDF Research analyst Hafriz Hezry says the new duty hike would have created a snowball effect on the industry.

“Should the changes in import and excise duty mechanisms change, there could also be a snowball impact on the sales and service tax (SST) charges, as SST is charged on these base values plus the vehicle duties, ” he says in a recent report.

Checks with selective players suggests a less than 10% impact to pricing if the cost increase were to be passed on to consumers, he says, adding however that this does not represent a blanket magnitude throughout the sector.

“The actual impact would vary by players, we believe, depending on the CKD kit import through to assembly and distribution arrangements and more importantly, the segregation of profit and cost within this value chain.

“Should players decide to absorb part of the cost increase, margins could be impacted. We note, however, that players such as BERMAZ AUTO BHD

(BAuto) has already implemented a RM2,100 per car price increase since January, which may cover around half of the expected duty cost increase, ” Hafriz says.

Aishah clarifies that the new OMV formula is already in place, but will only be implemented from next year.

“We were informed by the government that the increase will be gradual, ” she says.

“Lowering of duties in an orderly manner will provide industrial volume growth and resulting in generating better revenues for the government in the longer term, ” he tells StarBizWeek in an e-mail reply.

Rise of the national makes

While the industry has dodged the bullet of higher prices, the respite will allow car companies to prepare for what may be enforced next year. In the meantime, the dynamics of the auto sector too has changed over the years with the national makes now clawing back market share aggressively.

Heading into 2020, industry experts and observers believe that national carmakers will continue to cement their presence within the local automotive industry.

Aishah notes that the new OMV calculation would affect all ranges of models, even the national cars. 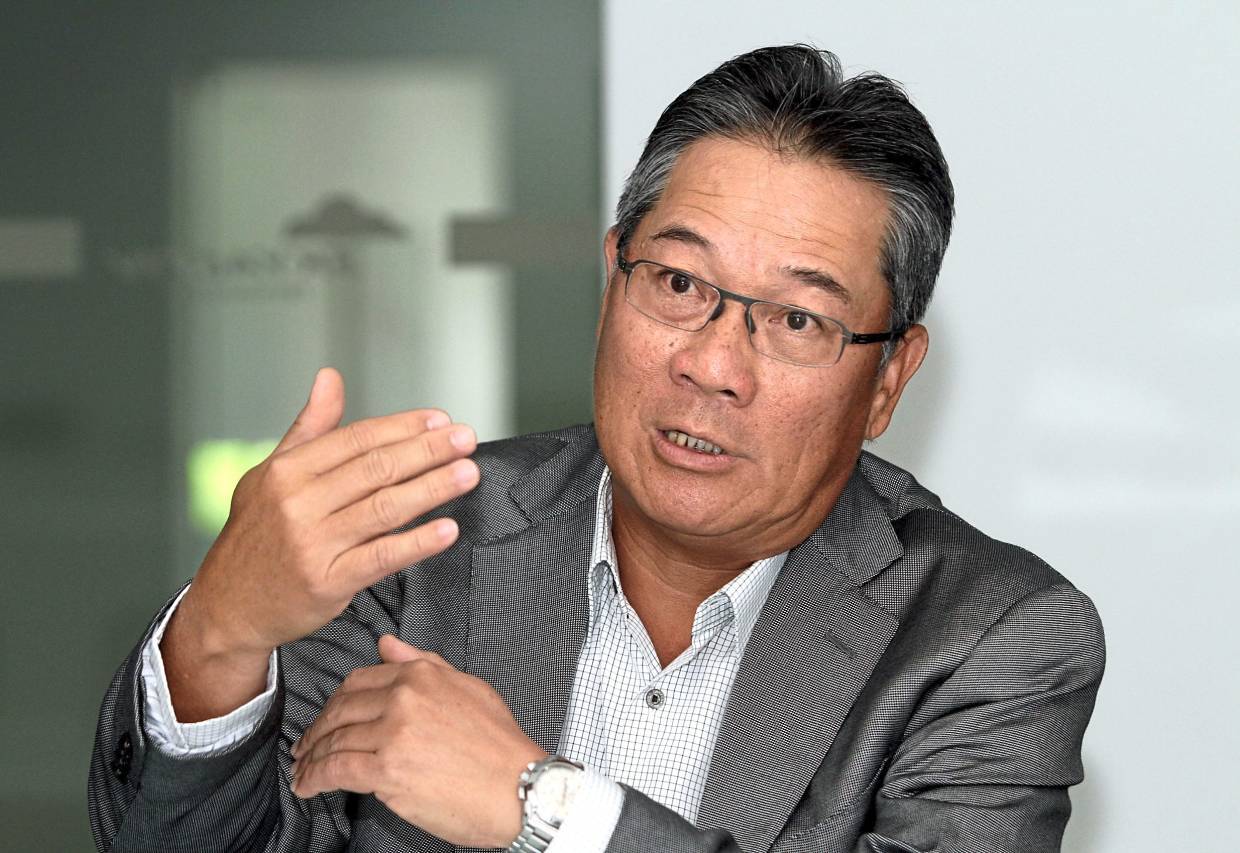 Yeoh: Lowering of duties in an orderly manner will provide industrial volume growth.

“It’s just that for national cars, the amount would be lower, ” she says.

That lower price hike would have been a boon for the national makes and an analyst from a local bank-backed brokerage says the new auto duty rates would have favoured local car companies, which is an added benefit for them.

“This is because they will be largely spared by the new rates, ” he says.

It is also the rise of Proton through its new X70 that has changed the perception of the car maker. And it saw the benefits of that in its sales last year.

As total vehicle sales finally exceeded 600,000 units in 2019 after failing to surpass that mark for three consecutive years, rising 1% year-on-year to hit 604,287 units, the pick-up in sales was largely driven by the surge in demand for local car companies, specifically Proton Holdings Bhd.Proton’s total domestic and export sales for 2019 surged by 36,077 units or 55.7% year-on-year to 100,821 units, making it the country’s second-biggest car seller, a marked improvement from its fourth ranking in 2018.

After a gap of 40 months, Proton returned to second spot in total sales for Malaysia’s automotive market in July last year.

The last time the company was in a similar position was in March 2016, while the last calendar year it finished second was in 2015.

According to a statement by the company earlier this month, sales for the month of December were the highest for the whole of 2019, growing by 112% over the corresponding month in 2018, closing at 11,117 units. It was also the first time the company sold more than 11,000 cars in a month since July 2014.

Perodua too is not sitting idly by and will be defending its commanding market share.

It on Tuesday said it expects flattish sales growth for 2020 after revealing it had achieved its highest sales ever in 2019 with 240,341 vehicles sold. Perodua, which maintained its pole position in terms of vehicle sales for 2019, recorded its previous high in 2018 with 227,243 units sold.

Aishah says the sub-segment that recorded the biggest market share growth in 2019 was the four-wheel-drive (4WD) and sports-utility vehicle (SUV) segment, which grew to 22.6% last year from 14.2% in 2018.

According to MAA data, Perodua and Proton commanded a cumulative share of 56.4% of TIV last year.

Heading into 2020, Kenanga Research in a recent report says the SUV segment will be “driving the hype” this year.

Kenanga Research adds that the 4WD/SUV segment will be supported by affordable variants led by Perodua (Axia, Myvi, Bezza and Aruz), Honda (with its entry-level hybrid segment, Jazz and City sport hybrid as well as entry-level SUV segment, the BRV).

“Proton has surpassed Honda at number two in terms of market share with its popular Proton X70, which is further supported by face-lift variants of the Proton Saga, Iriz and Persona, ” it says.

AmInvestment Bank Research forecasts that the non-national SUVs will remain uncompetitive in 2020.

“We expect an influx of SUVs in 2020, namely the Nissan Kicks, Mazda CX-3 CBU, Proton X70 CKD, Proton X50 CKD and the Honda CR-V. We anticipate the national SUVs to be priced more attractively compared to the non-national SUVs.”

Out of all the models, the research house says the Proton X70 and X50 are well-equipped with more competitive pricing and better infotainment systems for better driving experience.

“With that, we believe that the non-nationals are likely to lose more market share to national marques in 2020 due to their lack of features and unappealing pricing.”

“With consumer sentiment remaining weak, we believe that the market for vehicles in the premium segment will continue to be soft in 2020, ” it says.

For companies within its coverage, AmInvestment Bank Research says the strongest impact will be on BAuto due to its pricier SUVs.

“Going forward, we believe that there is a need for the group to focus more on its export business, exporting to neighbouring countries under two flagship products, the CX-5 and CX-8.”

On the prospects for BAuto, Yeoh says 2020 will be slightly challenging, in view of the current sentiments experienced by the perception that there will be a contraction in the global economy, a factor that will inadvertently have an impact on the local industry.

“We hope that with the introduction of new models especially the CX30, New CX5 and CX8, we will be able to maintain our targeted sales volume, ” he says.

Mazda was the sixth-highest car company in terms of sales last year with 11,651 units sold, according to the MAA.Positive for auto demand

On Wednesday, Bank Negara cut the overnight policy rate (OPR) by 25 basis points to 2.75%. MIDF Research says the move should be positive for underlying auto demand, adding however that sectoral earnings is expected to be offset by a weaker ringgit as an implication.

“Nonetheless, the OPR cut had been anticipated by our economics team, hence the resultant gross domestic product growth forecast and ultimately, our 2020 TIV growth forecasts. To recap, we forecast the ringgit to weaken to an average of RM4.18 to the dollar in 2020 from RM4.15 last year.”

Separately, the research house says the delayed fuel subsidy programme that is anticipated to take effect sometime this year could drive a gradual shift in demand towards smaller engine capacity models, going forward.

“MBM Resources remains a cheap proxy to Perodua’s volume expansion and the spillover on its parts manufacturing and Perodua dealership units. Key catalysts include the launch of Perodua’s new B-segment SUV this year; a recovery in industry production driven by the new national car launches and disposal of (subsidiary) OMI Alloy assets.

“Risks to our call include weaker-than-expected demand and the ringgit.”

And what of competition from the third national car, which, after all the hype, seems to have slipped under the radar?

Analysts reckon that for now, with developments still at a preliminary stage, there is unlikely to be any impact on the TIV from this future player.

“It expects to launch its first model by March 2021, which is effectively 19 months from now.

“DreamEdge (the anchor company for the new national car project) indicated it is potentially looking at a C-segment sedan as its first model with technology focus on new generation powertrains.”

“Daihatsu, which has a stake in Perodua, will be providing advanced technological assistance.

“The technology collaboration with Daihatsu will not involve it taking up any equity stake in DreamEdge. Rather, it may include technology exchange of the platform to be used as well as powertrain development, ” says MIDF Research.

The research house emphasises that the third national car project is still at a preliminary stage with “many further details yet to be ironed out”.

“Near term, uncertainties in relation to the impact to industry landscape and government incentives to support the project will create an overhang, leading to potentially higher risk premium being priced into existing sector plays.” All models affected: Aishah says the new open market value calculation will affect all ranges of models, including national cars.

Yeoh: Lowering of duties in an orderly manner will provide industrial volume growth. 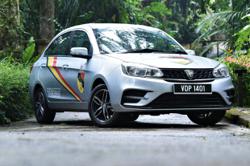 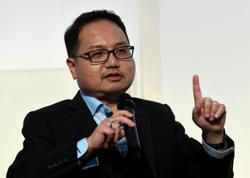