Minister of International Trade and Industry Darell Leiking said Malaysia is unlikely to suffer any loss in its palm oil business from China, despite Beijing pledging to boost soybean purchases from the US.

SINGAPORE: Malaysia is unlikely to suffer any loss in its palm oil business from China, despite Beijing pledging to boost soybean purchases from the U.S. amid the trade war, according to the Southeast Asian nation’s trade chief.

“I don’t think so, ” Malaysia’s Minister of International Trade and Industry Darell Leiking said Wednesday in a Bloomberg Television interview with Haslinda Amin at the World Economic Forum in Davos, Switzerland, when asked about the impact on its critical palm oil exports.

“China and Malaysia have had a long relationship, ” and Kuala Lumpur has offered diplomatic and economic help to Beijing amid “challenges” with the US, he said. “The Chinese have continued to be a good friend.”

China has sought to reassure other trading partners that things will remain business as usual even as the government pledged, under that agreement with the U.S., to significantly increase purchases of American soybeans.

Friction between the U.S. and China isn’t the only trade spat impacting Malaysia, as it grapples with India’s move to reduce imports of Malaysian palm oil.

Leiking aimed to damp worries around the India-Malaysia spat, saying the two governments are engaged on the issue and that Malaysia hasn’t been singled out by India, an “important partner” of theirs.

Pockets of the Malaysian economy have benefited from trade diversions driven by U.S.-China tensions, with an investment surge seen in industry centers like Penang.

However, overall trade has declined, with the contraction in the exports worsening toward the end of 2019.

“We’re glad that America and China have at least tried to take some global responsibility over the challenges that the whole world had faced because of their tariff disagreements, ” Leiking said of the phase-one deal.

“From our side, the Asean side will continue, I think, having a continuous relationship with China as well as America.” - Bloomberg 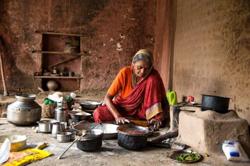