In this file photograph taken on Jan 12, 2020, a woman walks in front of the closed Huanan wholesale seafood market, where health authorities say a man who died from a respiratory illness had purchased goods from, in the city of Wuhan, Hubei province. - AFP

SHANGHAI: A virus outbreak in China is sending shockwaves through the country’s stock market, denting what had been growing enthusiasm toward shares.

Consumer shares led losses in the FTSE China A50 Index of large caps Tuesday, which was set for its biggest drop in almost five months. Investors also sold crowd favorites such as liquor makers Wuliangye Yibin Co. and Kweichow Moutai Co., while travel operator China International Travel Service Corp. fell as much as 4.5%. The offshore yuan slid as much as 0.5%, briefly trading on the weak side of 6.9 per dollar.

The declines come just days before China celebrates the Lunar New Year, a typically strong season for traveling and consumer spending. Now, there’s doubt that markets can continue their ascent after the week-long break.

"People are getting nervous and cashing out,” said Wang Chen, a Shanghai-based partner with XuFunds Investment Management Co. He said his firm has cut some stock positions this week. "We have a long holiday coming up and the virus outbreak, and there was a bit too much hype in the market recently. Outflows via the northbound links and upcoming earnings season are also adding to caution.’ Northbound stock links with Hong Kong will be shut for 5 trading days from Friday. After months of buying, foreigners had sold a net 6.7 billion yuan ($971 million) of mainland-listed shares as of 2:00 p.m. local time, set for the most since early August.

It marks an abrupt shift in market confidence, which was riding high as Beijing signed a phase one trade deal with the U.S. and data signaled China’s economy was stabilizing. Investors had driven margin debt past the key 1 trillion yuan level to the highest since February 2018. Privately offered funds boosted their stock positions to the highest since early 2015, and analysts were the most bullish on large caps since late 2014.

Healthy inflows had helped the Shanghai Composite Index gain nearly 8% since a November low, making it one of the best performers among global benchmarks in that time. Chinese investors lifted their leverage to about 1.04 trillion yuan to chase the rally.

With liquidity support from the People’s Bank of China and government stimulus, analysts have been expecting a brighter earnings outlook for China-listed firms.

Net income for CSI 300 Index companies other than banks may have grown 21% in 2019, helped by tax breaks, according to Alexious Lee, head of China strategy research at Jefferies Hong Kong Ltd. Meanwhile, China International Capital Corp. last week raised its estimate for listed firms’ 2020 profit growth to 10% from 6%, saying it expects a stabilizing economy to help drive revenue growth.

Stock traders are preparing for the risk that a pneumonia outbreak in China will discourage residents from leaving their homes during the holiday, selling the likes of airlines, casinos and film producers. The outbreak of a virus originating in central China entered a new phase of severity this week as medical workers were reported to have been infected. That indicates that the illness is more easily transmitted than previously thought.

"The virus might cause a change of holiday plans, and gatherings may be less frequent than they would be,” said Chen Shi, a fund manager at Shanghai Jade Stone Investment Management Co. Ltd., who sees the stock losses as a buying opportunity. "It’s not easy to calculate how much of a downside this would be at this point. Investors tend to overreact.” (Updates details in second and fifth paragraphs.) --With assistance from Ee Cheng Teh, Philip Glamann and April Ma. 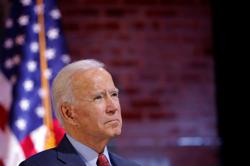