Bursa Malaysia’s construction index is up by 18% over a one-year period versus the negative return made by the broader market’s FBMKLCI.

The year 2019 marked a year in which construction stocks staged a comeback after being battered down in the previous year. This was due to signs of the current government seeking to embark on pump-priming projects.

The planned mega infrastructure projects in the country are what investors are banking on for construction companies to secure lucrative jobs from.

Among the large-cap construction counters, shares in GAMUDA BHD

are up by more than 40% in the last one year. SUNWAY CONSTRUCTION GROUP BHD

have both gone up by about a quarter. 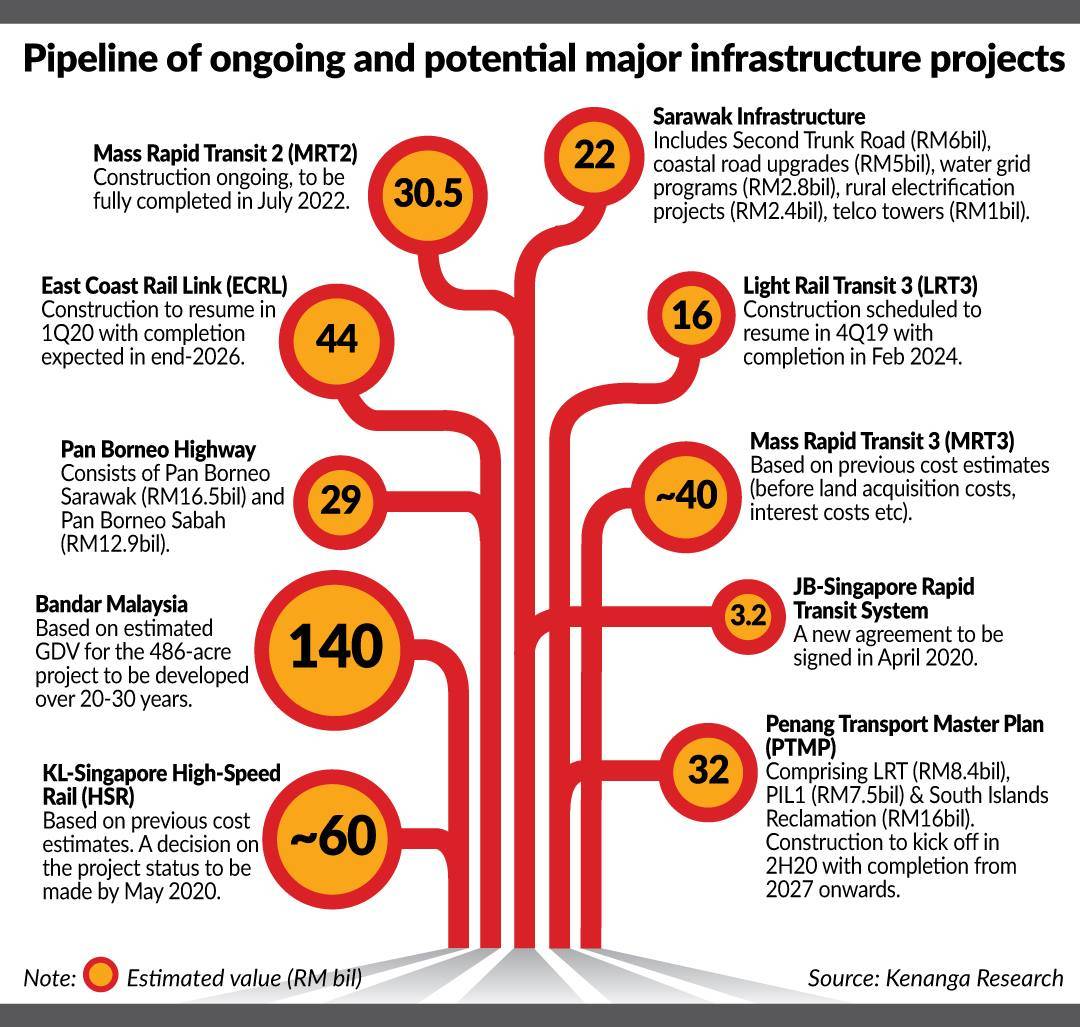 The day after the report, on Wednesday, Gamuda shares saw some active buying pushing the stock to a high of RM4.05 apiece.

However, the stock fell 9 sen to close Wednesday at RM3.90 and had since rebounded to RM4.10 on Friday.

That selldown is said to have come about after the Cabinet could not make a decision that day on the proposed takeover of the four Klang Valley highway concessionaires that are related to Gamuda.

Worth noting is that the cut-off date to negotiate and finalise the deal, which is priced at an enterprise value of RM6.2bil, has been postponed thrice. Back to PTMP, SRS Consortium, which is 60%-owned by Gamuda, is believed to be close to finalising its PDP agreement with the Penang State Government. This would then pave the way for the construction of the Bayan Lepas LRT.

Backed by a federal government guarantee, which it received in October last year, the state government would be able to raise up to RM10bil of bonds to kickstart the Bayan Lepas LRT under PTMP.

Being the PDP, Gamuda is an “early beneficiary” and stands to generate a recurring fee over the development period. Recall that the construction company would have an earnings gap to fill when the sale of its tolled assets to the government is done.

Toll concessions contribute about one-third of its earnings now. A back-of-the-envelope calculation by Kenaga Research indicates that Gamuda could rake in “a share profit of RM65mil in the first year based on its preliminary assumptions.”

For 2020, expectations are also building up for the government to stimulate the economy by rolling out other major infrastructure projects (see chart).

“Construction activities have the highest multiplier effect on the economy as compared to other sectors, so the government will want to see some (projects) take off, ” says an analyst. From the political angle, with the 15th General Election to be held before 2023, analysts think there would be more pump-priming measures to stimulate the economy.

“With a lead time of up to one year before projects are awarded and eventually trickle down to contractors’ earnings, the revival of projects has to happen in 2020, ” an analyst says.

The East Coast Rail Link (ECRL), which was revived last year after a one-third reduction in cost, is one project that will resume in 2020. Up to half the project cost would likely be for civil and infrastructure works. Local contractors are expected to make up about 40% of the civil works portion.

However, the sector scene has shifted. Contractors face intense competition, including from foreign counterparts. The open tender model also puts pressure on (profit) margins. Going by the list of potential projects, many are likely to start in the second half of the year. This means that meaningful earnings would be felt two or three years after that. “So while it may take time for contractors along the value chain to replenish their order-books, they will have to rely on existing order-books to sustain their earnings in the near-term, ” says Kenanga Research, which notes that these companies already face rising operating expenses from higher labour and raw materials. Despite overall expectations of more pump priming ahead, many companies have ventured out of Malaysia.

Gamuda recently bought an Australian mid-tier contractor to capitalise on the rollout of rail jobs there. Sunway Construction is banking on two main overseas markets – Myanmar and India for growth. Elsewhere IJM Corp is looking at expanding in India, while Muhibbah Engineering Bhd is eyeing to extend its reach to other regional markets.

With the construction sector “vulnerable to political nuances”, firms like AllianceDBS see this as a good move. Another factor that could delay the rollout of the potential projects is funding. Malaysia, like many countries, runs budget deficits. The revival of some of these shelved projects will hinge a great deal on the government’s finances, adds the research firm. 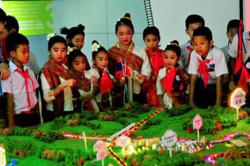