M’sians set to embark on cashless journey via e-wallet

KUALA LUMPUR: The e-Tunai Rakyat programme kicked-off on a high note yesterday, with all three e-payment platforms involved reporting a surge in the number of users.

“As of 12pm today (yesterday), our app has increased its capacity to process the increasing user traffic and (we are) seeing a higher success rate in the number of claimants, ” said Touch n Go eWallet in a statement.

The e-payment apps also made various offers to attract users to use their platform to claim the RM30 e-credit.

Boost is offering up to RM8,888 in cash prizes and Touch ‘n Go eWallet offer users RM30 cashback as well as the chance to enter a weekly lucky draw contest with prizes which include a Proton X70.

Meanwhile, GrabPay is giving out cash vouchers worth up to RM3,000.

Grab spokesperson said 30% of its daily users had registered for the e-Tunai Rakyat programme within the first two hours of the launch, adding that it had taken steps to ensure the stability of its platform.

“As a local homegrown tech company, we are honoured to be selected for this initiative to encourage the adoption of digital economy.

“It is important for users to understand the long-term benefits such as safety and the convenience of e-payments, while we help them save and stretch the value of their ringgit through our GrabPay Price deals and GrabRewards, ” it said.

“The government’s initiative to boost digital payment adoption is proving to be fruitful and we believe that 2020 will be the year that we make the transition to become a cashless society, ” he said.

The government had allocated RM450mil for the e-Tunai Rakyat programme in line with the Shared Prosperity Vision 2030 agenda, aimed at reducing barriers to digitalisation and improving financial inclusivity.

Under the programme, Malaysians aged 18 years and above who earn less than RM100,000 annually are eligible to receive RM30 in e-credit each through any of the participating e-wallets.

The monies obtained under the programme must be spent between Jan 15 and March 14,2020, and any unspent portion will expire after that period.

Each claim will be checked against the data from the National Registration Department and the Inland Revenue Board to ascertain the claimant’s eligibility for the programme, after which the e-credit will be disbursed within five working days. — Bernama 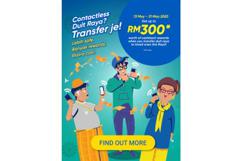 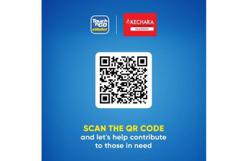 Donate to the needy with Touch ‘n Go eWallet 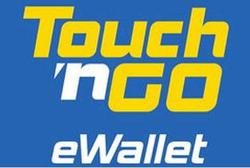 Get your essentials with Touch ‘n Go eWallet