BANGKOK: Investment applications in Thailand reached a total 756 billion baht (US$25.07bil) worth of projects in 2019, down about 16% from the previous year but slightly beating a target, the state investment agency said.

The agency targeted 750 billion baht in investment pledges last year, down from 902 billion baht recorded in 2018.

In 2019, Thai and foreign firms submitted 1,624 projects in South-East Asia’s second-largest economy, the Board of Investment (BOI) said in a statement.

Of those, about 445 billion baht of planned projects was for the Eastern Economic Corridor, a centrepiece of the government’s policy to spur growth and attract hi-tech industries such as robotics and aviation.

“That’s because costs in China are higher, ” he said, adding China’s planned projects were worth 260 billion baht, far above Japan’s 73 billion baht.

Somkid said he had asked the BOI and the finance ministry to consider further measures to spur investment over the next six months because private investment had remained low.

The BOI is expected to meet again early next month and offer an investment target for 2020 as it is assessing economic conditions, agency head Duangjai Asawachintachit said.

Thailand’s growth has lagged most regional peers for years. The central bank has projected growth of 2.8% this year after a five-year low of 2.5% in 2019. — Reuters 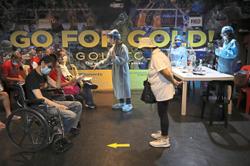