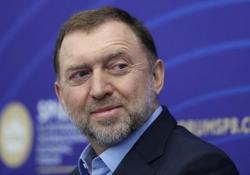 Go: For investors, it is alright for them to buy and keep for the long term.

KUALA LUMPUR: The year 2020 will be an interesting one for gold prices especially with the campaign leading towards the United States presidential election in November where Donald Trump is seeking re-election.

believed that gold prices will move quite a fair bit when it approaches the election or the campaigning period.

Executive director and chief executive officer Go Yoong Chang said the company will not hold any position at any time during the volatile period on the market.

“It depends on the situation. You don’t know what will happen to the gold prices the next moment.

“For investors, it is alright for them to buy and keep for the long term, ” he told a press conference after the group’s listing on the Leading Entrepreneur Accelerator Platform (LEAP) Market of Bursa Malaysia yesterday.

Go said the company views volatility as a benefit as it tends to have more business with the higher volume of people transacting.

With a market share of around 10%, the group is expecting a double digit topline growth in the near future.

In 2018,40% of its products were for the export market, mainly Singapore.

It is also involved in the provision of assaying services and is a market maker for the Bursa Malaysia Derivatives Gold Futures Contract and PT Bursa Komoditi dan Derivatif Indonesia.

Its earnings are mainly from the spreads, its positions and refinery fees.

“The gold bullion trading industry in Malaysia and the region continues to show promising growth prospects.

“With these positive global trends, we are capitalising our efforts to be one of the leading players in gold bullion trading in Malaysia, both physical and via e-commerce, ” Go said.ACE Innovate’s listing was the second one on Bursa Malaysia this year and also the second LEAP Market listing.

There were no movements at the opening bell, which saw ACE Innovate making its debut at the issue price of 26 sen. It was only seven minutes later when the share price rose 1 sen with 500 units transacted.

The placement of 39 million shares, representing 13% of the group’s enlarged share capital, was fully undertaken by eight sophisticated investors.

Total gross proceeds of RM10.14mil from the placement will be used for business and operational expansion.