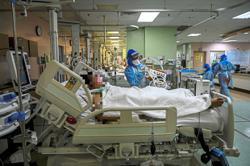 In its strategy report issued on Monday it expected healthcare to be dull in terms of earnings growth and further capped by expensive valuations.

“However, we still believe that the healthcare industry will continue to enjoy stable growth, supported by the growing healthcare expenditure, rising medical insurance and an ageing population demographic.

“We like KPJ (Outperform, TP: RM1.15) because: (i) start-up costs from new openings will be absorbed by incremental ramp-ups from earlier openings and steady contributions from matured hospitals, and (ii) the stock is currently trading at 20% and 40% discounts compared to historical average of 27.5 times and regional peers of 35 times, respectively, ” it said.

As for building materials, Kenanga Research said it was underweight due to the challenging outlook due to in view of: (i) softer domestic demand, (ii) higher raw materials and production costs, as well as (iii) depressed margin resulting from lower ASP or intensive competition in the market.

It cited this was especially so for Ann Joo

However, it remains upbeat on Press Metal

(outperform; TP: RM5.50) due to declining production costs on falling alumina prices and potential logistic cost savings while any uptick in aluminium prices which is currently at low levels should help to improve profit margins.

Kenanga Research remained neutral on Ports & Logistics due to (i) muted earnings from the last-mile delivery players with little signs of recovery in sight as competition remains heightened within the space, coupled with (ii) outperforming share prices from our ports player, which we believe have priced in most positives currently.

“Pos Malaysia (underperform; TP: RM1.25), on the other hand, is given an underperform; rating given its bleak outlook, likely to be dragged further by its widening costs due to its responsibility to provide postal coverage to the entire country, ” it said.

It also keeps its Neutral call on Aviation. It likes Malaysia Airports Holdings

Berhad (MAHB) (OP; TP: RM9.90) as an attractive proxy to the propensity for air travel due to rising per capita income.

Kenanga Research said MAHB is well-entrenched because of its (i) monopolistic position as an airport operator in Malaysia, while (ii) earnings are protected from downside in the aeronautical segment under the operating agreements.

However, it expected AirAsia

It also said all Malaysian REITs’ results have continued to meet expectations, while reversions outlook remains unexciting (expect low single-digit to flattish reversions) given the continued oversupply in retail, office and even hotels segment making it a tenants’ market.

The industrial segment remains a bright spot as reversions are on par with other asset classes (i.e. low to single-digit) while their lease terms are longer six to 10 years (vs. two to three years for retail and office) thus providing earnings stability over a longer term.

Targeting menial FY19-20E DPU growth of 1- 2%. MGS stable at 3.40% currently as we do not expect further US interest rate cuts in 2020, while the Fed has highlighted that only a material reassessment would cause it to change their interest rate outlook from here on.

As for plastics and packaging, in which it has a neutral stance, it said plastic packagers have been focusing on capacity expansion over the past three years but the challenging global outlook is casting pressure on top-line growth as customers are adopting a wait and see approach, causing most packagers to focus on pushing sales and marketing efforts to increase utilisation to more than 75% vs. c.60-70% for most packagers under its coverage.

"Valuations are at average to –two standard deviations to the four-year PER and PBV averages which we believe are justifiable in light of weak margins and earnings over the past two years, ” it said.

Kenanga Research’s preferred pick is TGUAN (OP; TP: RM4.10). Meanwhile, SLP’s (OP; TP: RM1.45) ascribed valuation is the highest among its peers at historical average levels owing to its consistent earnings performance and superior EBIT margin of c.15% (vs. peers of 4%-7%) which have remained stable when most other plastic packagers are faced with margin pressures.

The research house also kept its neutral stance on the media sector.

It said although players are becoming more brazen with their cost cutting measures, it is still uncertain if it will be sufficient to ride through the industry downswing stemming from the rapid digitalisation of media platforms.

(OP, TP: RM2) with attractive dividend yield (more than 7%) remains its preferred pick driven given that it is trading at FY20E PER of 10x vs. our media coverage average of 15x.

“In terms of our calls, we raised our TP for Media Chinese International to 24 sen (from 20 sen) but bring our call to Market Perform (from Outperform) with the stock being fairly priced.

“We raised our FY21E P/NTA to 0.6 times (from 0.5 times) in light of the greater confidence from its recent earnings recovery, ” it said.