KUALA LUMPUR: The median monthly salaries and wages of graduates with full-time equivalent principal occupation was RM3,936 in 2018 compared with RM3,550 in 2017, according to the Statistics Department.

Graduates in this statistical report were defined as individuals aged 15 years and over with the highest certificate obtained from universities, colleges, polytechnics, recognised bodies or equivalent, where duration of study is at least two years.

The report showed that overall, the number of employed female graduates in 2018 was marginally higher than male, recording a percentage share of 50.4% or 2.01 million persons.

From the viewpoint of age groups, graduates in younger age cohorts of 34 years and below were predominantly female.

On the contrary, employed graduates in older age cohorts of 35 years and over comprised of more males than females.

“Befitting with qualification as graduates, most were employed in the skilled category which accounted for 73.8% or 2.9 million persons.

“Employed graduates in semi-skilled category comprised of 25%, recording 998,200 persons in 2018. Looking at the distribution of employed graduates by economic activity, more than two third (79.7%) were concentrated in services sector,"the report said.

Commenting on the graduates’ unemployment, Mohd Uzir pointed out more than 70% of unemployed graduates were actively seeking work and were available for work.

Long term unemployment that is those who were unemployed for a period of over a year accounted for 8.4%.

Meanwhile, 16.4% or 811,8000 of graduates were outside labour force where 34.5% were due to housework or family responsibility. Those who are attending school or training programme made up of 30.5%, followed by reasons of retirement or old age (27.8%).

Mohd Uzir said graduates are the enablers of innovation and productivity that will lead the country to achieve sustainable growth.

“To realise this, it is essential that all parties assess the supply aspects and employability of graduates in Malaysia. Thus, I believe this statistical report can provide insights especially for the government to formulate related policies in line with the 2030 Shared Prosperity Vision, ” he said. 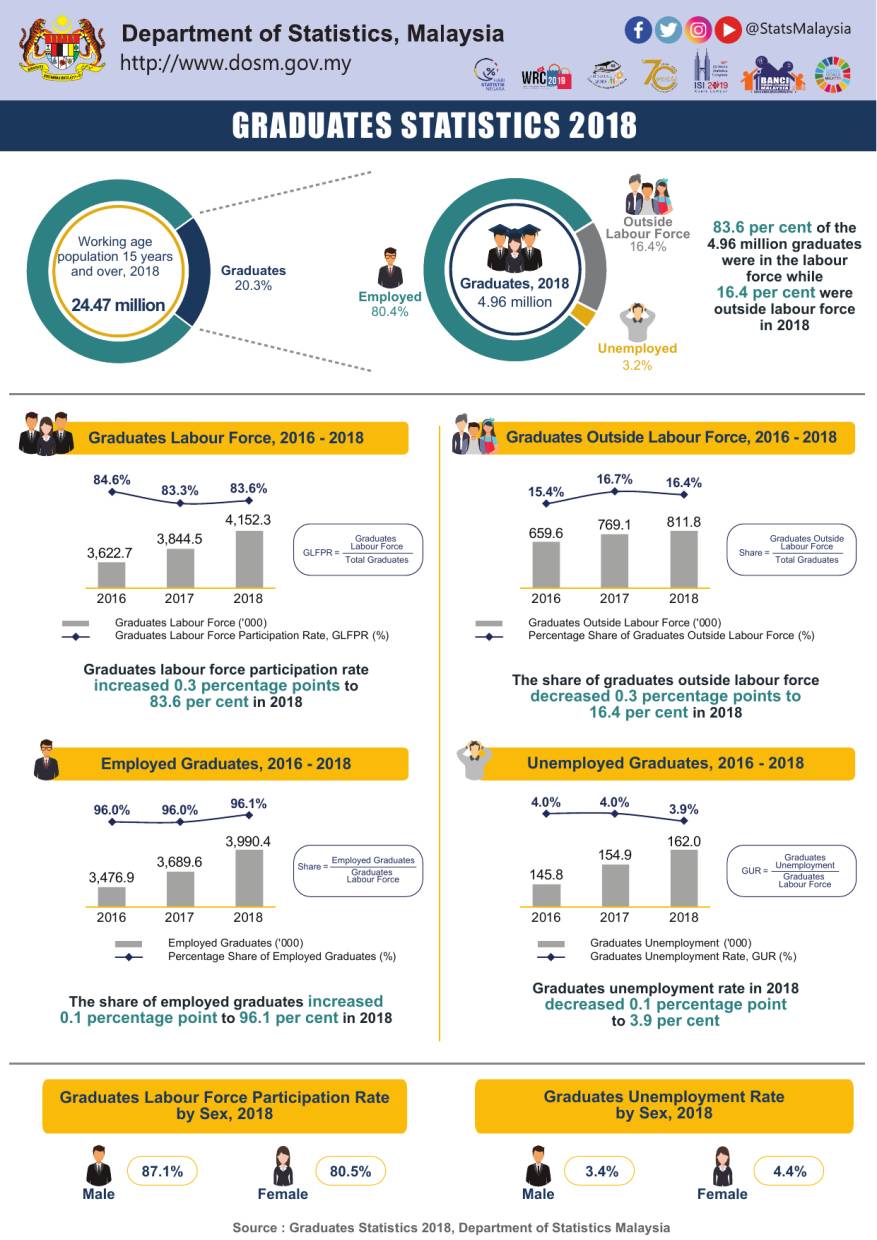