President Datuk Soam Heng Choon said it was a misconception that asking prices for residential properties had dropped.

“For some properties that are in the outskirts, then there’s no choice and developers will have to drop prices, ” he told reporters following a media forum that was co-organised by insurance firm Allianz Malaysia

“But in places where people still want to buy, I think the prices have moderated. I wouldn’t say it has come down, ” Soam reiterated.

He noted that total sales for the ongoing Home Ownership Campaign (HOC) hit RM21bil as at early November.

“So far, 28,000 units have been sold, comprising a mixture of landed and high-rise properties. Our target for the HOC is to hit RM24bil by year-end.

“With the level of sales secured under the campaign, it is clear that there’s still demand. The our median age in Malaysia is only 28.6, which is young. This age group definitely will need housing.

The six-month HOC, which is a collaboration between Rehda and the Housing and Local Government Ministry, was kicked off in January but was then extended to Dec 31.

Separately, Soam said it would be a while before the Residential Tenancy Act (RTA) comes into force.

“We’ve had meetings and it’s being drafted.

“It’s not new, as a lot of countries have it.

“We just need to adapt it to suit us. This act will help protect both the tenant and the landlord. We expect the act to be enacted and fully implemented in two years.”

Speedhome chief executive office Wong Whei Meng said the collaboration has seen more than 400,000 downloads through its online app. “In terms of transactions, we’ve achieved RM17mil in gross rental value so far, a number that we intend to double by the first half of next year, ” he said. 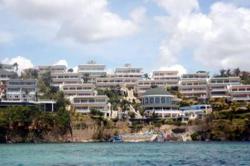 Residential property prices in Philippines up by 12.4 pct in Q1, highest in four years