Federal Court decision to have major implications for property sector

PUTRAJAYA: The landmark decision by the Federal Court prohibiting the Government to give developers an extension of time to complete their projects would have major implications for the property development sector.

The National House Buyers Association (HBA), whose legal eagles acted for 104 house buyers on a pro bono basis, said the housing controller could no longer use Regulation 11(3) of the Housing Development (Control & Licensing) Regulations 1989.

Honorary secretary-general Datuk Chang Kim Loong said: “It is retrospective. This is a big sweep and will affect other such cases.”

For years, the HBA has been trying to help house buyers to claim late delivery charges, or liquidated ascertained damages (LAD). Between 2014 and July 2019, there were 678 applications for extensions of time, of which 523 were approved under Regulation 11(3).

The Real Estate and Housing Developers’ Association or Rehda president Datuk Soam Heng Choon said: “The decision made is specific to BHL Construction and the letter signed for the extension is not valid. This means BHL Construction lost the case and has to pay LAD.

LAD refers to late delivery charges which the developer must pay to house buyers when they fail to complete the project as contracted in the SPA.

The Association of Valuers, Property Managers, Estate Agents and Property Consultants in the Private Sector Malaysia (PEPS) said it was a good judgment.

PEPS president Michael Kong said: “It is the contractual obligation between the developer and the buyers.

“If the developer fails to deliver, he has to pay LAD. That’s fair because there is a contractual obligation between the developer and the buyers. The previous court of appeal decision has not protected the buyers.”

Kong said extensions can and should only be given for exceptional cases such as natural disasters or unavoidable circumstances of a special nature and not at the whims and fancies of the minister or housing controller.

In a sweeping ruling with wide implications, the Federal Court here ruled that the Housing and Local Government Ministry’s controller of housing has no power to give developers deadline extensions to complete their projects. 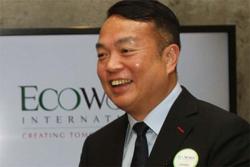