Focus on talent: Ng believes that investing in developing talent will lead to the company’s growth.

TO bring the company to the next level of growth, bioengineering solutions provider Fibromat (M) Bhd

is keeping its options open.

Its managing director and chief executive officer Danny Ng shares that he is considering several options as part of the company’s future plans. This includes the possibility for potential mergers and acquisitions, or even seeking alternative financing either locally or internationally.

After listing on the once-promising Leading Entrepreneur Accelerator Platform (Leap) – which had been touted as a more straightforward way for small and medium enterprises to seek funds through the capital market – in late May this year, Ng says that there is still no roadmap in sight for the 27 counters on the Leap Market.

“Everything is still up in the air and there’s no sense of direction, even after almost two years. A proper roadmap must be given, ” he says, adding that a large part of the process to list on Leap was similar to listing on the Ace Market.

The no-nonsense entrepreneur shared that Fibromat had been seeking an Ace Market listing since 2013, having even gone through the process to come up with a prospectus. In the end, it opted for Leap after being advised to do so. In any case, Ng says that aside from the possibility of mergers and acquisitions and alternative financing methods, Fibromat will look to increase its presence in several existing markets, alongside gaining entry into several new markets that show potential, especially in emerging economies. 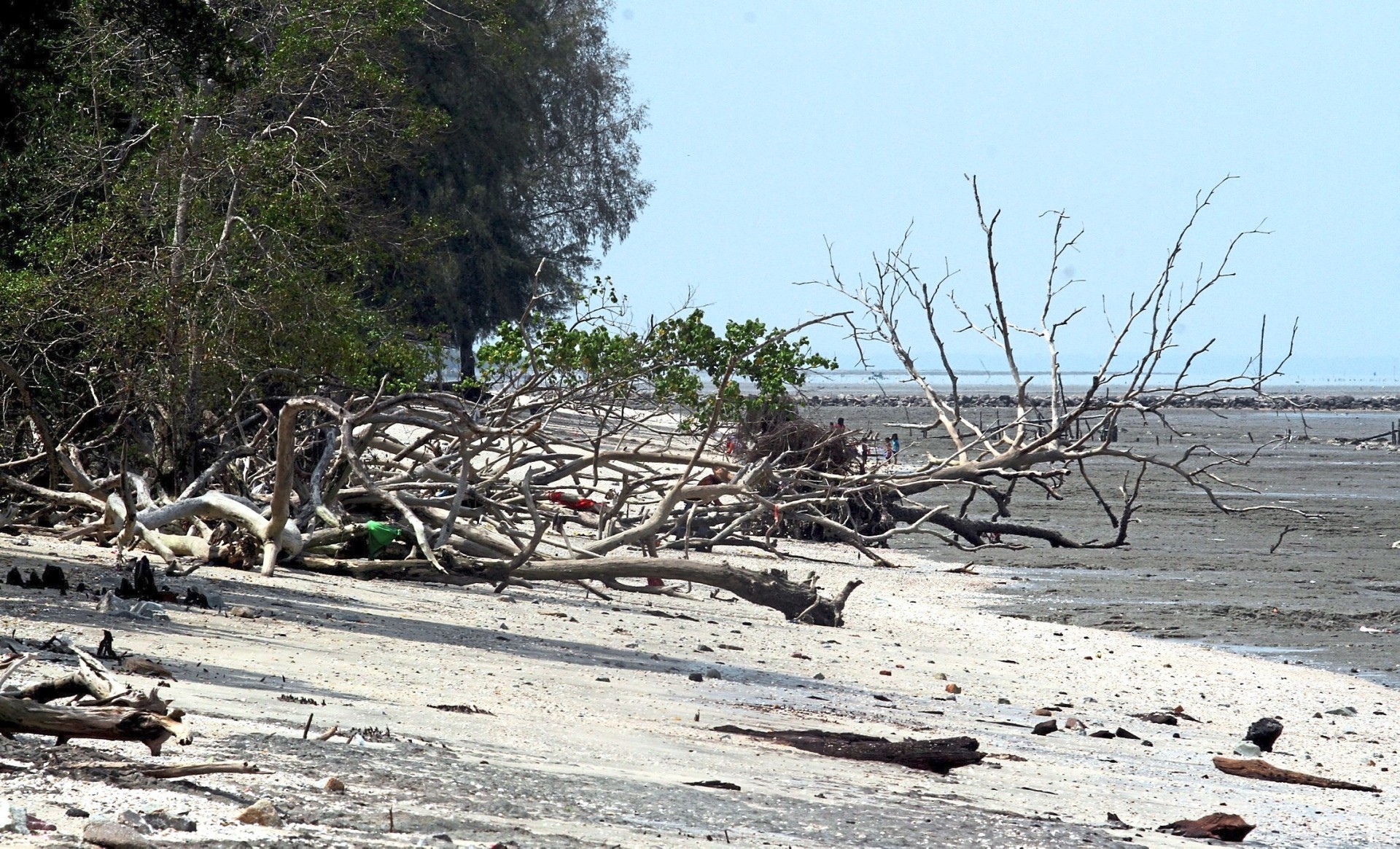 Fibromat specialises in erosion control, including deploying the 3D geobags system to prevent erosion from wave action and protect the shore

He shares, “We’re looking outwards for growth and undertaking new projects with our existing clients, potentially diversifying our revenue channels.”

Its principal market and activities is still in Malaysia, with international markets – such as Singapore, South Korea and India – contributing a small percentage to its revenue.

With its five German biodegradable erosion control blanket (BECB) machines located in its 250,000 sq ft Rasa Factories in Selangor, it is among the biggest manufacturers in Asia and the region for erosion control products and solutions.

Research and development is among its key strengths as it possesses its own internationally accredited lab – which is accredited for ISO17025, ISO9000 and ISO14000 – alongside its investment in machines in line with the fourth industrial revolution.

“Locally, there weren’t any facilities to test our solutions, so we had to send them over to South Korea or Taiwan in the past. In order to compete with established industry giants, we had to create our own lab and research and development, ” he explains.

Fibromat’s business can be segregated into three sections for its erosion control solutions, including manufacturing, trading and construction. Construction is a misnomer, as it provides solutions for erosion control – such as slope stabilisation – in development projects, he says.

Of the three, the largest revenue contributor to the company remains the construction segment, but Ng stressed that the focus has been on increasing the contribution of other segments, due to current market sentiments and the challenging business environment.

“As a result, he noted all three segments are better balanced when compared to previous years. “We’re doubling down on the other existing verticals that might have lower top line contract value, but better bottom line, ” he says. 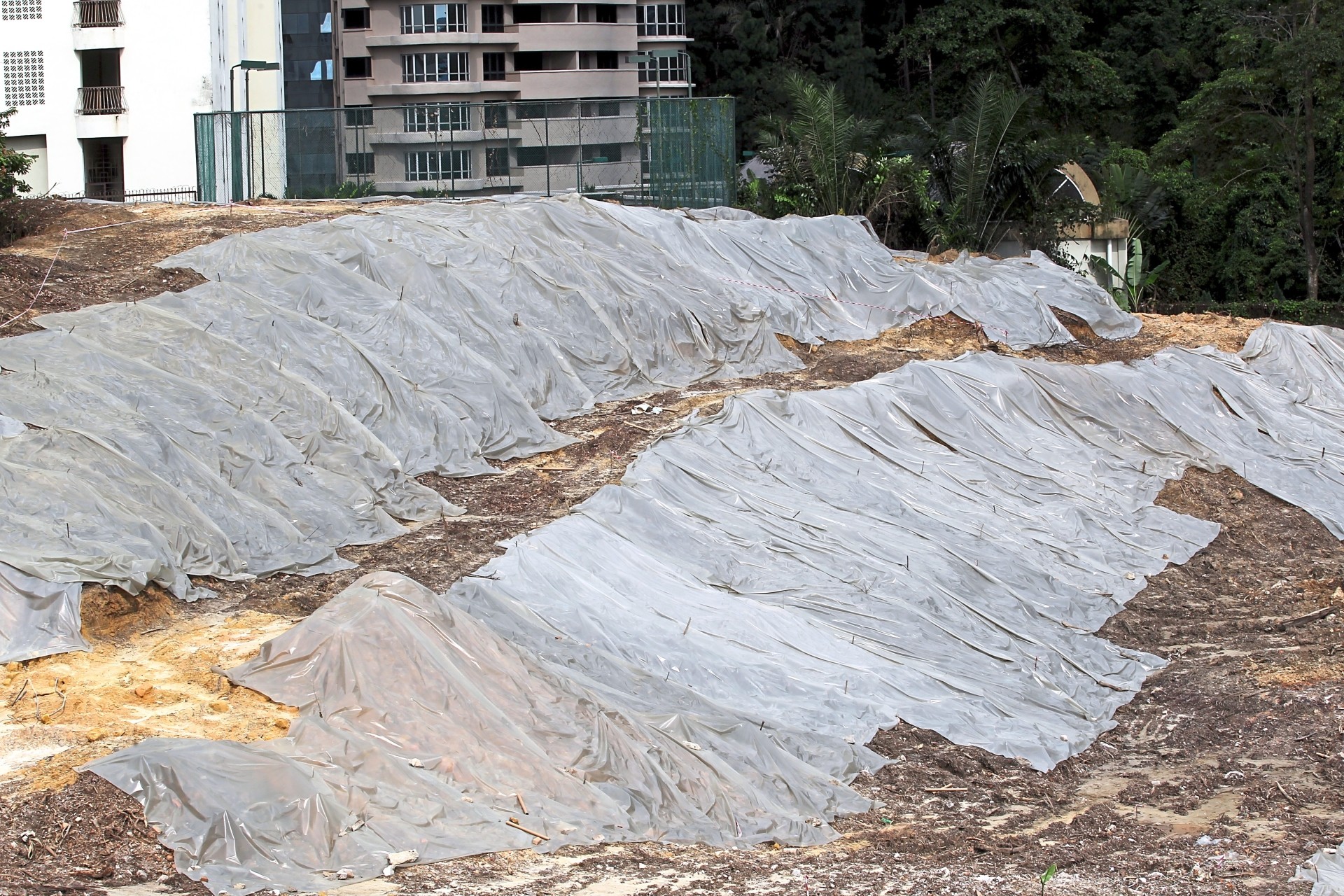 The company is among the biggest manufacturers for erosion control products in Asia, providing slope stabilisation solutions to prevent erosion.

Different companies have different reasons for listing, but for Fibromat, the intention was to boost its profile and credibility to get more attention from the market.

Unlike the typical SME, it did not face as much trouble adapting to the stricter corporate processes and controls required from a listed entity, reason being it had already adopted the Malaysian Financial Reporting Standards in 2009, much earlier than the official introduction of the accounting framework years later.

This was because Ng was determined to do business on the straight and narrow and doing it right.

“Whatever you want to do, you must do the right thing. There’s no shortcut in life. You have to sacrifice, you have to go through the process and overcome the challenges, ” he said. The company started in 1999 as an erosion control blanket manufacturer with three main agriculture waste substrates - now popularly known as biomass - including paddy straw, coconut fibre and palm oil fibre.

Ng adds that there was much frustration in being recognised for high standards and quality in the country, calling for the government to recognise and give preference for Malaysian companies that are qualified.

He shares, “We had to scale up and expand, but we couldn’t get a loan and couldn’t afford the BECB machines from Germany at the time.” Aside from that, another challenge was the company’s lack of access to financing. Due to the niche nature of its business, Fibromat has grown organically with low gearing for the past 15 years.

Over the years, however, the focus on R&D and investing in the development of talent to drive the business has paid off for Fibromat.

Aside from Ng’s open mindset towards continuous learning, he also gives his employees the opportunity to learn and make mistakes, personally mentoring them to oversee their growth. A strong believer in the adage ‘it’s never too late to learn’, the hands-on learner went to further his studies in the Australia Institute of Entrepreneurship to get his Master of Business Administration for Entrepreneurship in 2008.

“I advocate leading by example and showing instead of telling. For me, it’s not about the gender or age of the talent, but whether you as a leader want to teach, guide and mentor them along the way.

“Building people and helping them transform is my passion, and I believe that in doing this, they become assets for your company and will be loyal to you, ” he says.

When it comes to The Star Outstanding Business Awards, the Special Mention Award winner for Male Entrepreneur of the Year in 2015 believes that SOBA is a proud recognition for SMEs. He says, “I’m proud to have received the award for personal achievement because it’s based on merit.

“I would encourage SMEs to apply for it, as it’s something that money can’t buy and it’s a very good initiative.

“This recognition is like a testimony that you’ve reached a certain standard in doing business.”