Climate change is fast becoming the key issue confronting the world. Sure, we don’t really feel the difference from one year to the next. Believe me, it’s there. From a hundred years before I was born, I am told the world is today on average at least 10°C warmer. Make no mistake. Ever since the mid-19th century, the deliberate burning of fossil fuels (mainly coal) then produced 2 billion tonnes of carbon dioxide (CO2). By mid-1950s, emissions were three times more; today, twenty times.

This reflected a period of wars, technological change, expanding global trade and a staggering rise in population as well as the creation of enormous wealth – all stemming from the combustion of billions of tonnes of fossil fuel to produce industrial power & electricity. Nitrogen-based explosives & fertilisers (which fossil fuels made cheap & plentiful) transformed warfare, mining & farming. Oil refineries turned out raw materials for plastics. The felling of trees made everyday life so much more comfortable. The last time the Earth had a CO2 level similar to today’s, it was about 30°C warmer on average. Greenland hills were then green; parts of Antarctica were fringed with forests; the water now frozen over landscapes was in the oceans, providing sea levels 20ms higher than today. Proof that humans were warming the Earth took time. Today, CO2 is not the only greenhouse gas. Methane & nitrous oxide also trap heat. So does water vapour. They each amplify the effects of the others. Complexities abound as the resulting “aerosols” also warm the atmosphere. Their dynamics resulted sometimes in El Nino events, which raise surface temperatures. As I see it, the “science” is today indisputable. The effects of human activity and industry were not statistically significant until the 1980s. There are no legitimate doubts today.

Every decade since the 1970s has been warmer than the one before. The 2010s have been, on average, some 0.50°C warmer than the 1980s. The Intergovernmental Panel on Climate Change (IPCC) estimates the mean surface temperature is now 10°C above what it was in the pre-industrial world, and rising by about 0.20°C a decade. In mid- to high-northern latitudes, there has already been a warming of 1.50°C or more; much of the Arctic has seen more than 30°C. The figure of 1.50°C matters because of the 2015 Paris agreement – it added targets to the original goal of preventing “dangerous interference” in the climate: the signatories promised to hold global warming “well below” 20C above pre-industrial temperatures, and to make “efforts to limit the temperature increase to 1.50°C.”

What’s important to realise is the harm warming can, and will, do – making extreme weather events more frequent and more intense; changing patterns of rainfall and drought disrupting ecosystems; and driving up sea levels – simply gets higher the warmer it gets. And, its global toll could well be so great that individual calamities add little. At present, further warming is certain whatever the world does about its emissions. This is so because the world’s mean temperature is taking time to respond to the heating imposed by the sky above. Also, what matters is the total amount of greenhouse gas in the atmosphere, not the rate at which it increases. Lowering annual emissions merely slows the rate at which the sky’s heating effect gets stronger; surface warming does not come to an end until the greenhouse-gas level is no longer increasing at all. Further, if warming is to be held to 1.50°C (that needs to happen by around 2050); and if it is to be kept well below 20°C, there are at best a couple more decades to play with.

It is obvious the changing climate touches everything and everyone; indeed, the poor and marginalised have most to lose. What is less obvious, but just as important, is that because the processes that force climate change are built into the foundations of the world economy and its geopolitics, measures to check climate change have to be similarly wide-ranging and all-encompassing.

In this context, it is important to understand what climate change is not. It is certainly not the end of the world. Still, climate change is a dire threat to countless people – one that is planetary in scope, if not in its absolute stakes. It will displace tens of millions, at the very least; it will disrupt farms on which billions rely; it will dry up wells and water mains; it will flood low-lying places – and, as time goes by, higher-standing ones, too. True, it will also provide new opportunities, at least in the near term. But the longer humanity takes to curb emissions, the greater the dangers and sparser the benefits – and the larger the risk of some truly catastrophic surprises. What is needed is change in the lives of those who do not yet much care. Climate is a matter for the whole of government; for everyone. Finally, it is not a problem that can be put off for a few decades. It is here and now. Delay means that mankind will suffer more harm and face a vastly more costly scramble to make up for lost time.

UN calculations suggest that getting to zero emissions by 2050 means halving current emissions by 2030. As far as I know, no nation is on course to do that. The national pledges made at the time of the Paris agreement would, if met, see global emissions in 2030 roughly equivalent to today’s. Even if emissions decline thereafter, that suggests a good chance of reaching 30°C.

Some countries already emit less than half as much CO2 as the global average. But many countries desperately want more of the energy, transport and resources that fossil fuels have provided richer nations over the past century. Some of those richer nations (like UK) have now pledged to rejoin the low emitters. But legislation calls do not mean it will really happen. And even if it did, at a global level, it would remain a small contribution. This is the problem in trying to stop warming through national emission policies. If you reduce emissions and no one else does, you face roughly the same climate risk as before.

If everyone else reduces and you do not, you get almost as much benefit as you would if you had joined in. Indeed, it is a collective-action problem that only gets worse as mitigation gets more ambitious. Furthermore, the costs and benefits are radically uncertain and unevenly distributed. Most of the benefit from curtailing climate change will almost certainly be felt by people in developing countries; most of the cost of emission cuts will be felt elsewhere. Moreover, most of the benefits will be accrued not today, but in 50 or 100 years.

So, it is not surprising that the most striking recent development in climate politics is the rise of activism among the young. For people born (like most current world leaders) well before 1980, the second half of the 21st century will seem uneventful. For people born after 2000 (like Swedish activist Greta Thunberg, and some 2.6 billion others), it seems like half their lives. This gives moral weight to their demands that the Paris targets be met. But the belief that this can be accomplished just through a massive influx of “political will,” I think, severely underestimates the challenge. One step towards halving emissions by 2030 will be to ramp-up renewable-electricity generation by up to one-half of the total. This will mean a fivefold-to-tenfold increase in capacity. Expanding hydroelectricity and nuclear power will lessen the need for millions of solar panels & windmills. But increase demand will only heighten it. World electricity demand rose by 3.7% in 2018. All new capacity will need to be fossil fuel-free. That’s the easy part. Emissions from generating plants are less than 40% of all industrial emissions. Progress on reducing emissions from industrial processes and transport is far less advanced. Only 0.5% of the world’s vehicles are electric. The investment needed to bring all this about will be unprecedented.

Climate negotiators have increasingly come to depend on the idea of “negative emissions.” Instead of not putting carbon dioxide into the atmosphere at all, put it in and take it out later. That is, do nothing. By evoking ever larger negative emissions later in the century, it is possible to accept a later peak and a slower reduction while still being able to end up within the 1.50°C or 20°C limit. Unfortunately, as far as I know, technologies capable of delivering negative emissions of billions of tonnes a year at reasonable prices do not exist. There are, though, ideas about how they could be brought into being. One way: growing plants (which suck up atmospheric CO2 through photosynthesis) and then burning them in power stations which store the CO2 they produce underground. A surmountable problem is that no such systems on a large scale yet exist. Much tougher is the huge land mass required. This also raises a dilemma. Given that reducing emissions seems certain not to deliver quickly enough, it would seem silly not to put serious effort into developing better ways of achieving negative emissions. But the better such R&D makes the outlook for negative emissions appear, the more the impetus for prompt emissions reduction diminishes. Something similar applies for a more radical potential response – solar geoengineering, to reflect sunlight back to space before it could warm the Earth.

Researchers thinking about this all stress that it should be used to reduce the harm of CO2 already emitted, not used as an excuse to emit more. But the temptation will be there. Even if the world were doing enough to limit warming, there will still be a need for adaptation – including sea defences, desalination plants & drought resistant crops (all cost lots of money). Many communities are not even well adapted to today’s climate. Adaptation is in some ways a much easier policy to pursue than emissions reduction. But it has disadvantages. It gets harder as things get worse – like today. It has a strong tendency to be reactive. And, it is most easily achieved by those with resources; people who are marginalised and excluded have the least capacity to adapt to it. If nothing is done, temperatures and sea levels would rise to an extent with no historic parallel.

The recent UN Climate Summit concluded with commitments by (i) 65 nations & EU to reach net-zero carbon emissions – taking as much CO2 out of the atmosphere as they are putting in, by 2050. Germany and others also joined an alliance to halt the construction of coal plants; 32 countries are now members. Companies and investors too committed to adopt measures to reduce emissions from shipping, buildings and more; and (ii) 59 countries to unveil soon more ambitious targets under the Paris agreement. As I see it, such promising initiatives are unlikely to placate Thunberg: “All you can talk about is money and fairy tales of eternal economic growth,” she raged at a carefully choreographed UN session, complaining that present climate policies do not respect or protect children’s rights.

Overall, I think, it is foolish to think all these initiatives can be operational in ten years or so, as demanded by many activists. Still, today’s efforts (which are too lax) to keep the world from two or even three degrees of warming, can be vastly improved, especially by those wealthy enough to help.

Forcing firms to reveal their climate vulnerabilities will help increasingly worried investors allocate capital appropriately. A robust price on carbon can stimulate new forms of emission-cutting innovations that planners cannot as yet imagine. Powerful as that tool is, though, the decarbonisation it brings will need to be accelerated through well-targeted regulations. We are not there yet. Let’s hope people will vote for both. 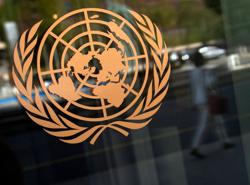