SINGAPORE: Most Southeast Asian stock markets ended lower on Tuesday, with Philippines falling the most, as optimism over a US-China trade deal faded after Chinese demanded further talks, while investors also sought more details on the

China wants more talks before the end of October to hammer out the details of U.S. President Donald Trump's proposed deal before Chinese President Xi Jinping signs it, Bloomberg reported on Monday.

Markets around the globe had earlier cheered reports of a "Phase 1" trade deal between the United States and China, however a dearth of details around the agreement has curbed enthusiasm.

"The Asia-Pacific Economic Cooperation meeting next month, where Trump and Xi will be meeting, will be a key event to watch out for," Joel Ng, an analyst at KGI Securities said.

"If they don't have a deal, then it is likely that December 15 tariffs come into effect, and that will be really negative for the markets."

The long-drawn US-China trade war has largely weighed on Southeast Asian economies, which count China as their top trade partner.

Philippine stocks snapped a three-day winning streak to post its worst session in nearly a week, as weakness in financial and consumer sectors weighed.

Index heavyweight SM Prime Holdings and SM Investments Corp were among the biggest drags on the Manila index, shedding 2.8% and 1.5% each.

Data released earlier in the day showed that Southeast Asia's largest economy swung back to a trade deficit in September as the pace of the decline in imports was slower than expected.

"With Indonesia's inflation within the target (3.39% in September) and growth momentum constrained, we expect the central bank to consider cutting policy rates further to give the economy an added boost," ING said in a note. 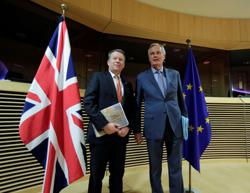 UK tells EU: break the Brexit 'impasse' so we can do trade deal 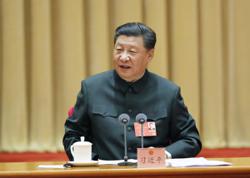 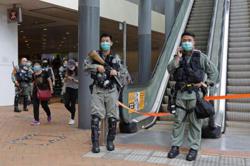