Sources said the government would announce the commencement of the tunnel project in Penang and the revived Bandar Malaysia project, as well as new highway projects to be constructed in Selangor. (File Pix of undersea tunnel project between Bagan Ajam and Persiaran Gerney in Penang Island. - The Star.)

PETALING JAYA: Several mega-infrastructure projects are expected to kick off following the Budget 2020 announcement, with one of them having its development agreement signed just hours before the tabling of the budget on Friday.

Sources said the government would announce the commencement of the tunnel project in Penang and the revived Bandar Malaysia project, as well as new highway projects to be constructed in Selangor.

It is learnt that on Friday morning, ahead of the budget announcement, the development agreement for the long-delayed controversial tunnel project in Penang will finally be inked between the Penang state government and the main contractor, Consortium Zenith Construction Sdn Bhd.

The RM6.34bil development is expected to commence immediately after the signing of the agreement, which is for the first phase also known as Package 2 of the project. The first phase of the project is the 5.7-km Ayer Itam-Lebuhraya Tun Dr Lim Chong Eu bypass, which has a construction period of 36 months.

The state government-owned project, which has come under heavy criticism over its cost and delays in completing the RM305mil feasibility study, will consist of three toll-free roads and a tolled tunnel. Another mega-project expected to be announced by Finance Minister Lim Guan Eng for the year ahead is the commencement of the revived RM140bil Bandar Malaysia project.

The signing ceremony for this project, sources said, would take place within a week from the budget announcement, with the government expected to reveal further details on the project.

In April this year, the government had announced the revival of the Bandar Malaysia project, which spans 196ha at the site of the former airport in Sungai Besi.

The project, first announced by former Prime Minister Datuk Seri Najib Razak back in 2011, was owned by the controversial 1Malaysia Development Bhd (1MDB) investment fund at the time.

The integrated property development was also supposed to be a terminal for the KL- Singapore high-speed rail – yet another mega-project scrapped by the Pakatan Harapan government when they came into power last year.

In December 2015, the Finance Ministry entered into an agreement to sell a 60% stake in Bandar Malaysia for RM7.4bil to a 60:40 consortium comprising Iskandar Waterfront Holdings Bhd and China Railway Engineering Corp Sdn Bhd. The companies were to be the project’s master developer.

In May 2017, however, the government surprised the market by calling off the deal, citing the failure of the purchasing parties to fulfil payment obligations

Two years later, the revived project will now include 10,000 affordable housing units, a people’s park, bumiputra participation throughout the project and the priority for the use of local content and materials.

Meanwhile, on the expected new highways to be announced in Selangor, a source said one of the highways is expected to stretch across Petaling Jaya.

Previously, plans for the Kinrara-Damansara Expressway (Kidex) had been announced, but it was met with objection from residents living near the planned highway, and subsequently cancelled.

Later, it was speculated that the Petaling Jaya Dispersal Link (PJD Link) highway project would replace the cancelled Kidex project.

Another ongoing development that is likely to see new work packages awarded in the year ahead is the toll-free Central Spine Road (CSR) project.

Sources expect the government, during the upcoming budget announcement, to announce the progress of the project as well as the upcoming packages.

Early last month, the Works Ministry stated that the government would prioritise packages three, four and five of the project, which run from Gua Musang in Kelantan to Kuala Lipis in Pahang; Kuala Lipis to Raub in Pahang; and from Raub to Bentong, Pahang, respectively, due to reasons including traffic congestion as well as high incidents of accidents in parts of these routes.

Package five, which is ongoing, commenced under the 10th Malaysia Plan with an approved cost of RM631.98mil and is set to be completed next year.

In August this year, it was reported that the Pahang state would be receiving about RM800mil in allocations for package six of the CSR project, involving the stretch from Bentong town to Simpang Pelangai.

Apart from the infrastructure projects, the government is also expected to announce details on the implementation of the impending digital tax that is expected to be implemented on Jan 1,2020.

During the tabling of Budget 2019, Lim announced that a 6% digital tax would be imposed on foreign service providers, namely, streaming services Netflix and Spotify, and digital game distributor Steam.

The move is meant to create an equal playing field between local and foreign digital service providers. 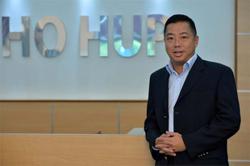 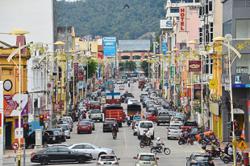