Sumatec in a filing with Bursa Malaysia yesterday, said wholly-owned Sumatec Oil and Gas LLP (SOG) had on Oct 7 received a notice from CaspiOilGas LLP (COG) to terminate the joint investment agreement (JIA) to develop the Rakushechnoye oil and gas field.

Bhd said its contract to develop an oil and gas field in Kazakhstan will be terminated effective Oct 17.

The company, in a filing with Bursa Malaysia yesterday, said wholly-owned Sumatec Oil and Gas LLP (SOG) had on Oct 7 received a notice from CaspiOilGas LLP (COG) to terminate the joint investment agreement (JIA) to develop the Rakushechnoye oil and gas field.

“In the termination notice, COG has highlighted the constraints faced under the current financial and legal predicaments of Sumatec which impacted SOG’s ability to comply with its obligations to carry out appropriate investment/work programs and provide necessary funding for the petroleum operation under the JIA, ” it said.

COG has requested Sumatec to confirm whether SOG would still be able to continue operating under the JIA and provide assurance that it would be able to regularise its financial position, as well as to set aside the winding up petition by its legacy shipping debts creditors.

Additionally, COG is asking Sumatec to provide appropriate remedy to resolve SOG’s deficiency under the JIA and offer credible plan on how to ensure the financing of operation at Rakushechnoye Field can continue smoothly in light of Sumatec’s existing PN17 status.

Notably, last week, Sumatec has received an extension by Bursa Malaysia to submit its regularisation plan by October 29.

On the same day, Sumatec announced the resignation of its managing director Abu Talib Abdul Rahman due to personal reasons.

Sumatec said it is in the midst of finalising its regularisation plan which would involve a cash call of up to RM100mil, proposed participation by the company to build a gas processing facility, and a settlement arrangement with the creditors of Sumatec group involving a settlement amount of 15 sen in respect of every RM1.00 owed to the creditors.

“The company will make the necessary announcement on the details and further development of the above matters in accordance with the requirements under the Main Market Listing Requirements of Bursa Malaysia in due course, ” it said.

Recall in 2012, Sumatec entered into JIA with Markmore Energy (Labuan) Ltd and COG to develop and extraction of hydrocarbon in the Rakushechnoye Oil and Gas Field in Kazakhstan.

Under the agreement, Sumatec would need to carry out all operations related to the production of hydrocarbon from the oil field on behalf of COG.

Sumatec would also need to complete all operations to develop the oil field up to August 2025 and provide all capital, machinery, equipment, technology, personnel and services necessary for carrying out the operation.

In May 2013, Halim surfaced as a substantial shareholder in Sumatec and was appointed executive vice-chairman in March last year.

By December 2016, he controlled 19.96% of the company, but sold down his holding and ceased to be a substantial shareholder in January this year. 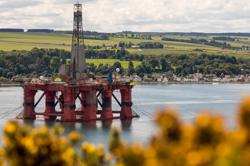