It’s not only taxes that need to be ‘smart’

The disruption in the global supply chain due to trade wars has presented countries in the region with a once in a century opportunity. Seizing on the movement of companies out of China, several countries have dropped their tax rates and increased their incentives to attract companies.

Thailand has joined India to drop its tax rate to attract companies re-locating their manufacturing bases. The country has dropped its tax rate by as much as 50% for investments of Baht 1 bil (RM136mil) that must come in by 2021.

Apart from tax cut, it also promised to ease restrictions for skilled labour and a one-stop agency for companies re-locating.

India cut its boost the economy. In India’s case, the corporate tax rate was reduced to help corporations tide-over a slowing economy and position the country on a more competitive platform to capitalise on the disruption in the global supply chain. The tax cuts prompted some corporate leaders to describe Finance Minister Nirmala Sitharaman as an avatar ‘Lakshmi’, the goddess of wealth.

In the Budget 2020 that will be unveiled next week, it is almost certain that Finance Minister Lim Guan Eng will broach the subject of attracting companies that are re-locating their manufacturing bases from China.

Malaysia already has a set of incentives for foreign investors wanting to set up operations here. Tax rate drops as low as 17% for companies with a turnover of RM500,000 or less. Special incentives such as tax exemptions, pioneer status and re-investment tax allowance are already well ascribed in the current set of incentives. 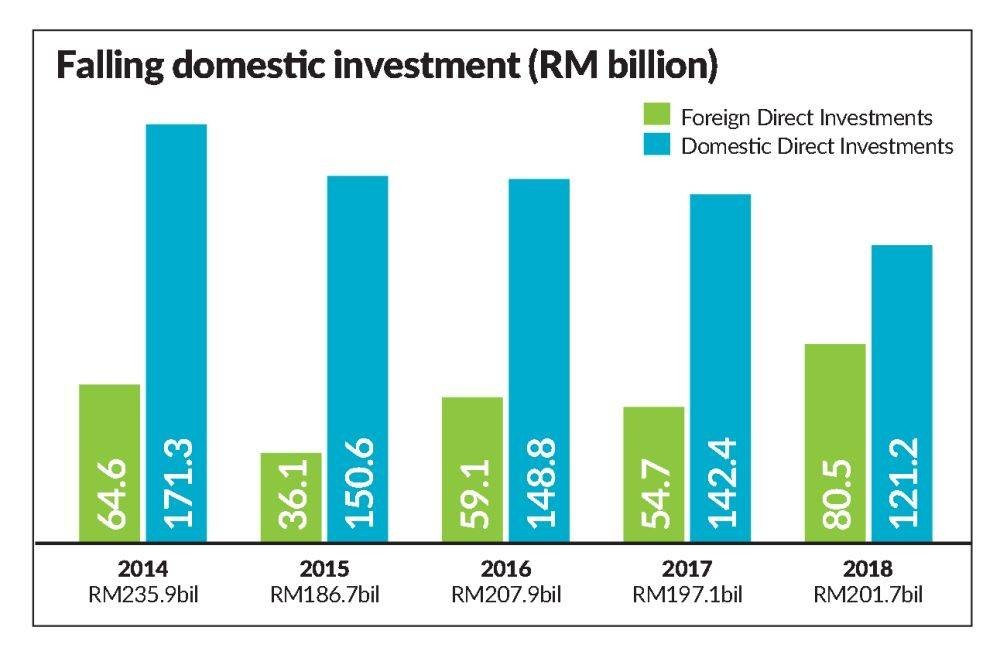 On paper we have a one-stop agency called the Incentive Coordination and Collaboration (ICCO) to deal with anything and everything that foreign investors would need with regards to investing in Malaysia. There are 121 incentives offered to investors that involve 12 ministries and 28 agencies.

On the rankings of Global Competitiveness Index, Malaysia is ranked at 25, higher than China, India, Indonesia, Thailand and the Philippines. Among the notable investment destinations in Asia, only Singapore and the Hong Kong are ahead of us. The ranking is based on a few criteria and the position of Malaysia high up in the ranking is evidence that we have the necessary infrastructure and workforce to attract investment.

Lim and his team have been talking about reaping the benefits from the disruption in the global supply chain for a year now. When the Budget 2020 is unveiled next week, hopefully there could be more information on how many companies have re-located to Malaysia as a result of the efforts of the government.

For instance Thailand has stated that 50 companies, including Western Digital are relocating to that country. Malaysia cannot afford to cut taxes too much, unlike Thailand or India. It is running a budget deficit and do not have new sources of income apart from cutting down on excessive and unproductive spending by the previous regime. It has to look at other measures to attract investments, particularly those already operating domestically.

But how much domestic industries would dare put more money into the local economy depends very much on what Finance Minister Lim would say in his Budget speech next week.

Companies would expect tax incentives. It is a given in any budget speech. However, apart from incentives, there are a good many who would want to see some real reforms in the way tax measures are implemented.

Under the existing Income Tax Act (ITA), there are too much of powers vested in the hands of the Minister of Finance (MoF) and Director General (DG) of Inland Revenue Board (IRB).

For instance, the minister has the powers to grant tax exemptions to various persons, corporations or projects without the need to offer any explanation. There was abuse in the old government. One case is when local developers were put in a disadvantage when the MoF under the previous government granted special tax status to companies locating at the Tun Razak Exchange (TRX) development.

It was done with the intention to help the beleaguered 1Malaysia Development Bhd (1MDB) which is directly linked to former Prime Minister Datuk Seri Najib Razak ,who is now facing multiple charges for abuse of power.

Even the DG of IRB has powers to grant exemptions to organisations and institutions that undertake charity works.

The MoF or DG of IRB need to have some leeway to consider cases where exemptions can be given if sought. However, the process has to transparent and should be accompanied by some justification or there will be abuse.

Another area is to reduce the time taken to resolve tax cases.

Under the law, the DG has 12 months to review an assessment before sending up the file to the Special Commissioners of Income Tax (SCIT). The MoF may grant a further six month extension. As the appeal takes place, the taxes due are to be paid.

Hence, tying up the money for a period of up to 18 months is something that needs to be reviewed. The period should be shortened to maybe three or six months.

This will be Finance Minister Lim’s second budget. Last year, his hands were full. He had to dismantle the Goods and Services Tax and reintroduce the Sales and Services Tax, which was a great effort. He came up with the Special Voluntary Disclosure Programme (SVDP) that is expected to net the government at least RM5bil.

The government also has set up the Tax Reform Committee to improve the tax laws and system. It was all done within months after Pakatan Harapan swept to power in May 2018.

This year, we will be seeing a more seasoned Lim delivering the budget. He will probably have something new up his sleeves.

A reform on the way the tax laws are implemented would help spur investor confidence.

Previously companies were penalised using the wide powers of the taxman. Even Prime Minister Tun Dr Mahathir Mohamad had spoken about it before May 2018 when he was campaigning against Barisan Nasional.

It can happen again.The country’s political situation is not helping to garner investor confidence in any way. Dr Mahathir’s flip-flop on his tenure as Prime Minister is seen as a weak point in the leadership of Pakatan Harapan.

The Budget 2020 can help mitigate the unhealthy political environment. Provided it spells out concrete reforms in the tax system apart from reduction in the rates.