IN less than a week, Finance Minister Lim Guan Eng will be tabling Budget 2020.

Like every other budget before this, there are many budget wishes from all walks of life, be it from the corporate sector to the man in the street, from the civil service to civil society and from households to housewives.

All industries, irrespective of how well they are doing or how profitable they are in their businesses, expect budget goodies to be bestowed upon them as if Christmas is coming early and the minister is playing Santa Claus.

The reality is, a budget is very important to chart the country’s future in the immediate and the medium term as the budget could also set aside annual commitments for a bigger agenda for the nation in the next three to five or even ten years.

Much has been said that the budget will be looking at the nation’s new mantra – “Shared Prosperity Vision 2030” and it will be interesting to see to what extent this budget will be able to address income and wealth inequality in the country. 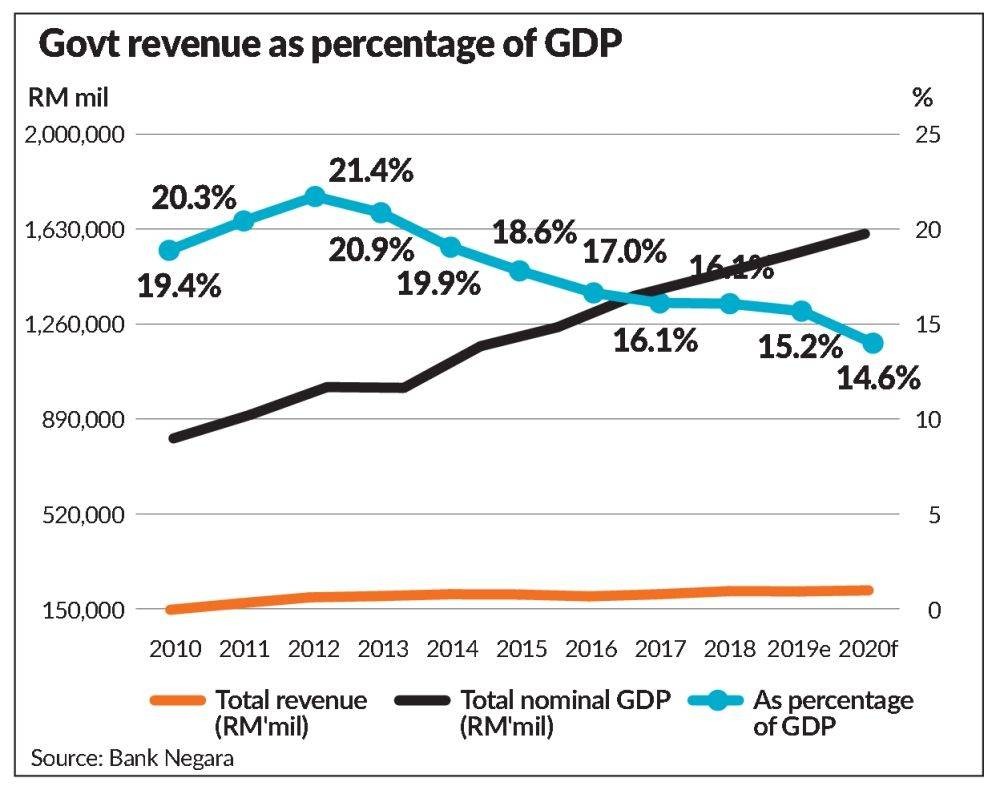 Logically speaking, if we cannot even commit ourselves to raise minimum wages to at least RM1,500 per month (which by the way is also a promise in Pakatan Harapan’s manifesto), any ideas about shared prosperity is just rhetoric as income inequality remains very large. In addition, if the minister is not going to be introducing any new taxes in the form of capital gains tax (CGT) or inheritance tax (IT), it is likely that the rich will remain unscathed while the poor struggle to make ends meet.

Nevertheless, it is likely that the government will take the opportunity in Budget 2020 to address some of the current shortcomings especially with respect to cost of living issues, business competitiveness as well as further tax breaks for the M40 category, which is a category of income earners who are neither poor nor rich.

Before commenting on some of the measures that the government should be looking at in the coming budget, it is also important to note that some of the measures introduced in Budget 2019 remained as proposals. Among them were the proposal to create a real estate investment trust (REIT) for airports, in which the government was expected to generate RM4bil in revenue via the disposal of a 30% stake in the airport REITs to investors and the proposal to introduce the new fuel subsidy mechanism for RON95, which would result in petrol prices to be market-driven.

For Budget 2020, with the absence of the one-off Petronas dividend of RM30bil, the government’s revenue is likely to be lower to about RM235bil (down 10.2%) while operating expenditure too will drop to RM232bil (down 10.7%) due to the absence of income tax and GST refunds which are expected to be about RM37bil this year. Hence, the government will likely see a respectable surplus of RM3bil in 2020. With this surplus, the government would again be running a budget deficit as its development expenditure is still expected to be sizable.

With the current debt/GDP ratio at about 52.2% as at end June 2019, it is expected that this figure will increase to about 53% by end-2019. It is also likely that we are going to see an even higher debt/GDP ratio of about 53.5% next year as the government is expected to sustain economic growth at a range of between 4.5% and 5% in 2020, given the expected challenging external sector as well as potential recession in the United States.

This suggests that the government’s total debt is expected to increase to about RM810bil by year-end and to about RM861bil by the end of 2020, which is a further increase of RM51bil year-on-year. Hence, it is expected that the government’s development’s expenditure will be higher in 2020 and judging by the numbers, the government is expected to spend up to RM56bil next year from about RM54.7bil in 2019. This will be just an increase of about RM1.3bil in 2020. With the expected budget deficit of about RM52bil or 3.2% of nominal GDP, Malaysia will be running a budget deficit for the 24th year in a row, i.e. since the 1997 Asian Financial Crisis.

Prior to the tabling of Budget 2019 last year, the government had established a Tax Reform Committee (TRC) with the main objective of reducing the existing tax gap, addressing tax leakage, exploring new sources of revenue and to review the effectiveness of various tax incentives as provided by the law. A year has passed since the formation of this TRC and it would be interesting to see if any substantial proposals will be tabled in the upcoming Budget 2020, especially with regard to reducing the existing tax gap and potential new source of revenue for the government.

Based on official figures, the SST collection for the 1H of this year alone was about RM13.125bil, which is about 19.3% higher on an annualised basis than the estimated RM22bil for the whole of 2019. Indeed the SST will not be able to match the now dead GST regime when government’s revenue was at about RM44bil and the argument then was that the government would be able to have substantial cost savings from other means to reduce government’s expenditure. In addition, another way to increase the tax collection derived from SST is to widen the reach so as to capture a larger percentage of consumption of either goods or services that were previously not captured.

Tax revenue is an important gauge to sustain an economy for any government and insufficient revenue would mean a nation would need to resort to debt to fund its development. Malaysia’s revenue as a percentage of GDP has been on a declining trend (as seen on the chart) and if our tax base is not widened or if revenue generated from other sources is not enhanced, it would be long time coming before we can achieve a balance budget.

At the rate we are going, it is likely that the government’s direct debt obligation will hit the RM1 trillion mark by the year 2023 and it would then add more pressure for the government to deliver tax reforms.

It is hoped that the upcoming budget, while trying to achieve and please as many segments of the society as it could, must be measures to enhance the government’s ability to generate revenue. While the minister has said that there would not be new taxes or hike in existing taxes, it is time to signal to the wealthier society that the government is mulling the introduction of both IT and CGT.

For IT, the threshold needs to be at a certain high water mark, for example RM3mil and above, with a progressive tax rate, to capture a more meaningful impact to the government’s coffers while for CGT, it is good if the government imposes certain tax rates for disposal of shares or assets in a merger and acquisition (M&A) exercise or privatisation exercise or disposal of business activity and not ordinary trading of shares in the stock market.

We have seen many cases of listed companies which are either exiting their core business activity or in instances where the company is taken private. The capital gains enjoyed by shareholders in these corporate activities are not tax at all and it is good if the government introduces a 10% or 20% CGT for the said disposal if the price sold is above the net asset value of the company.

Another proposal that the government should consider is introducing a seller’s stamp duty for property transaction and move away completely from the current imposition of real property gains tax. With total property market transactions worth RM140bil a year, even a 1% seller stamp duty will generate RM1.4bil in tax revenue while a 2% or 3% rate can generate RM2.8bil to RM4.2bil a year for the government. The rate of stamp duty could follow the similar rates presently imposed on buyers, which is basically a progressive rate.

In summary, Budget 2020 will likely be a non-event for the stock market as it has always been for the past many years. This is mainly due to the structural issues which among others include our very high and expensive operating budget, lack of commitment to introduce tax reforms and continuous subsidy mentality among the masses as the public expect the government to continue its handout culture.

We need to move away from this culture and this can only happen if we pay our employees reasonable minimum wages, better paying jobs for our graduates, which will raise the bar in terms of our median household income and with that, we can have structural reforms in how the Malaysian taxation system works. Paying tax is a duty of all Malaysians and not just a select couple of million tax payers. After all, nothing is certain in life other than death and taxes.