KUALA LUMPUR: In a journey where customers are becoming more discerning, it will only be fitting for Courts Malaysia to embark on a path of reinvigoration of its stores alongside the digitisation of its business.

The retailer is planning to refurbish a third of its current 55 stores across the country for its financial year ending March 2020 (FY20).

Courts Asia Ltd group chief strategy officer and Courts Malaysia country chief executive officer Dominic Wong said there is massive room for the experience of bricks-and-mortar to complement its online presence. This would help to transform the look and feel of the business.

“Secondly, it must come with software, better services, better product knowledge, better engagement and better understanding of what the needs of the customers are.

“Thirdly, is of course digitising our business so that we help our customers, rather than telling them we’re only open from 10am to 10pm. We really see a changing trend of people making decisions. There would be a merging of the digital and traditional channels in the categories that we play in, and how we can capitalise on this is crucial, ” he said in an interview. Wong added that Courts would also be launching its e-Courts platform and its own mobile app.

Currently, its online presence is only on Lazada and Shopee, two of the largest e-commerce platforms in South-East Asia.

Over 80% of Courts’ customers on the two platforms are those who have never shopped with the retailer, and 75% out of this 80% comprises Millennials and Gen Z.

It is also spending resources on Instagram and Facebook for its social media engagement to drive more customers to its stores.

“We did a launch of the Samsung Galaxy Note 10 recently and it went really well. We attracted a lot of young people through social media to come to our stores where we had a promotion. This is definitely a wave that we are capturing and riding on, ” said Wong, adding that Courts is also opening three new stores by year-end.

He said a considerable amount of capital would be spent, including for its new digital strategy, where Courts would also delve into the use of big data to improve efficiency.

Courts is also consistently on the lookout for yet-to-be-explored locations where it can grow its brand.

Following the closure of some Courts outlets last year, Wong said business has stabilised and is now back to performing above its momentum.

According to Courts Asia’s report, for the third quarter ended Dec 31,2018 -- before its delisting from the Singapore Exchange on May 3 -- 12 under-performing stores have been closed since April 2018.

This was due to lower income impacted by the subdued consumer sentiment and the impact from the Consumer Protection (Credit Sale) Regulations 2017.

Courts Asia is the holding company of Courts Malaysia.

As far as 2019 is concerned, Wong said there were no plans to close down any stores.

“Certainly in the last three financial quarters, we have seen our profitability improve. Our year-to-date performance versus last year, it is light years ahead.

“In the early FY18 period, when we closed down a lot of stores, we had to readjust our business model in terms of being less reliant on credit.

“We have been a very strong credit retailer and now we’re using this as an opportunity partly to reinvent our identity in the marketplace, ” he said, adding that while credit remains a strong point for Courts, it is also growing its cash business very fast.

“No matter how bad the macro-economic situation is, people are still looking for well-designed, customisable solutions, coupled with value for money.

“And because we are not a T20 retailer, I have a very optimist outlook, precisely because of where we occupy and the type of strategy we have in place and the type of geographic reach that we have.

“Malaysia is still in a very good position, at least in the sector that we play in. And providing that we keep changing and innovating, that is the definite path of success, and customers will identify with that, ” said Wong. 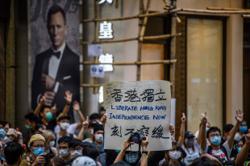 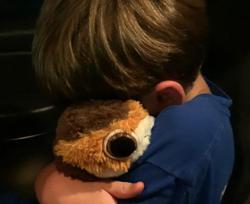