Malaysia according to Dr Mahathir, has received the approval from Japanese Prime Minister Shinzo Abe for the bond's issuance, but it was up to the Finance Ministry to continue the negotiations.

"It is up to the Minister of Finance (Lim Guan Eng) because he manages (the Samurai bond). This time, Japan offers a lower interest rate of 0.5 per cent compared to 0.63 per cent on the previous Samurai bond, ” he told reporters during a press conference in Kyoto on Saturday which was telecast live over Astro

The Prime Minister arrived in Japan Thursday for a three-day working visit to Kyoto.

Regarding opinions from financial experts who described the government's move to issue new bonds was risky, Dr Mahathir responded that he had never agreed with experts.

"Some say it is dangerous for us to use the Samurai bond because it may go up, which is a possibility but if we do not change, we use loans with 6-7 per cent interest rate, it will put pressure on us, ' he said.

The Prime Minister said he wanted to proceed with the issuance but will seek expert opinions on the matter.

"I wish to pursue this, but we have to listen to the opinions of the experts because I am not an expert... I am not even an economist... so my opinion on the economy is not correct, but somehow our country managed to be developed when I was the prime minister.

"However, we cannot take on debt from one source, we must have many sources because if the one source is problematic, we will have another (source)," he said.

Asked about the amount to be issued, Dr Mahathir said it would probably exceed the first issuance.

Malaysia issued its first round of Samurai bond in March worth 200 billion yen (approximately RM7.34 billion) with a 10-year maturity. - Bernama 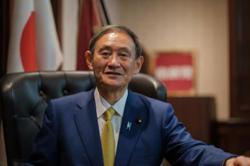