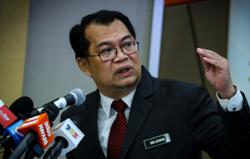 Managing director Toyokatsu Okamoto said the company is sustaining its positive performance in Malaysia and ASEAN operating markets -- Brunei, the Philippines and Vietnam.

"Profitable, we are sustained. We hope for a better FY20," told reporters after its 54th annual general meeting here today.

In the first quarter ended June 30, 2019, Panasonic Malaysia's net profit rose to RM27.09 million from RM25.14 million in the same quarter a year ago.

However, revenue declined to RM291.4 million from RM305.57 million previously, due to lower sales in the export market for home appliances products, mainly in the Middle Eastern markets.

However, he said the downtrend was mitigated by increased demand for fan and home shower products from Malaysia and ASEAN markets.

He said the company is strengthening its footprint in its operating countries by expanding its business-to-business (B2B) segment and e-commerce presence as well as launching more new smart products.

He said Panasonic Malaysia aims to increase the B2B segment’s contribution to revenue to 50 per cent by 2030 from the current 20 per cent by expanding B2B channels.

"We are also moving into e-commerce channel through our business partners locally such as Lazada,” he said, adding Panasonic Manufacturing will be also launching smart sensor products in the second half of 2020.

Revenue was 5.9 per cent lower at RM1.128 billion from RM1.199 billion amid a slowdown in the global economy, the US-China trade war and trade sanctions imposed by the US on certain Middle Eastern countries, which account for a good portion of its sales. - Bernama 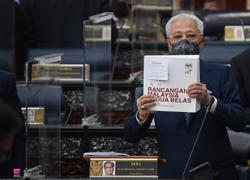