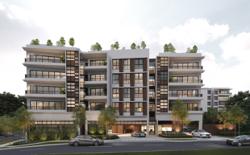 rose in early trade Thursday, after the company announced that it had secured two more Setiawangsa–Pantai Expressway (SPE) highway jobs for RM42mil.

in relation to the SPE project.

It said its wholly-owned subsidiary Fajarbaru Builder Sdn Bhd (FBSB) has accepted two Letters of Award from Knusford’s wholly-owned unit Knusford Construction Sdn Bhd for the works in relation to the construction and completion of bridge structure works for the Salak Interchange (Kerinchi to Salak) and also Setiawangsa to Melati.