RHB hopes to divest insurance arm by Q1 next year The nation’s fourth largest bank said it hoped to conclude the disposal of RHB Insurance by the end of the first quarter of next year.

Group managing director and chief executive officer Datuk Khairussaleh Ramli said the bank hoped to complete discussions by the end of October and make a submission to Bank Negara in November.

RHB Bank had just obtained the central bank’s approval last month to commence negotiations with Tokio Marine for the proposed disposal of up to 94.7% of RHB Insurance.

“Hopefully, everything goes well and we can come up with something that we can put forward to both Bank Negara and the Finance Ministry for their approval, ” he said. Asked if RHB Bank would pay a special dividend from the sale of its insurance unit, Khairussaleh said the bank had to look at its plans next year.

“We haven’t come up to that point in time yet because we don’t even know what will be the valuation. I guess that’s a bit premature for us to answer now, ” he told a press conference yesterday after a media presentation of RHB Bank’s financial results for the first half of 2019. The bank’s largest shareholder is the Employees Provident Fund, which holds a 41% stake.

This was mainly due to higher non-fund-based income and lower expected credit losses (ECL) on loans, coupled with effective cost management.

Total income grew 3.9% to RM3.5bil on the back of strong growth in non-fund-based income, which rose about 21.8% y-o-y, contributed largely by higher trading and investment income, insurance underwriting surplus and higher capital market-related fee income.

Loan and financing grew 6.9% y-o-y, but the year-to-date (ytd) growth was only 2.1%. This was driven mainly by mortgages, small medium enterprises (SMEs) and the bank’s Singapore operations.

Domestic loans grew 6.6% y-o-y, ahead of the industry growth of 4.2% while customer deposits rose 10.9% y-o-y and 3.5% ytd to RM185bil.“Our gross impared loans stood at 2.15%, a big reduction from 2.33% a year ago and we’re also pleased to note that our loan loss coverage ratio, including regulatory reserve, stood at 106.1% as of June, ” he said, adding that the board had approved an interim dividend of 12.5 sen per share, or a 40.2% dividend payout, the highest ever based on the first-half results.

The bank’s capital position remains strong even with the payout, as the group’s common equity tier 1 ratio is at 16.5% and the total capital ratio is at 19.4%.

RHB Bank’s total assets have also surpassed the RM250bil mark for the first time at RM253.5bil.

On the outlook for the sector, Khairussaleh said banking industry loans are projected to grow at a mid-single digit for the year, supported by a resilient household sector. “We have a view that the overnight policy rate is expected to remain at 3% this year, although there is a risk of another cut if economic growth is affected.

“We maintain our gross domestic product forecast at 4.5% for the year, as we believe the global economic outlook continues to be affected by the trade tensions and heightened uncertainties, and that would certainly weigh on our external trade and economic growth, ” he said.

Khairussaleh added that loan growth for the year would primarily be contributed by mortgages, SMEs and its Singapore operations.

While RHB Bank is slightly below its target by hitting only 44% of SME loans approved for the first half, the group is optimistic that it would gain traction for the second half of 2019 to achieve 27% of the RM31bil SME loans it plans to approve by 2021.

Approval rate has been quite high at 82%. The bank also expects earnings to continue growing in the second half, driven by non-interest income from investment and trading, a portfolio of fixed income that it can monetise and costs which can be maintained as ECL and provisions will understandably, not be elevated. 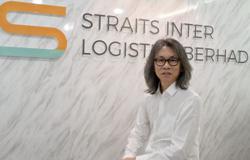