Management behind M Oscar: Lionel (left) says M Oscar will be launched at an average price of RM650 per sq ft. Chris sees demand for homes.

to be one of the largest property groups in the country with properties in Johor, the Klang Valley and Penang.

Unlike some of his counterparts, Leong did not venture abroad, preferring to remain on familiar grounds.

It was during this hot run-up in the property sector that Leong’s children entered the group.

According to Forbes, Leong is listed as Malaysia’s 50th richest in March 2019 with a net worth of US$250mil or RM1.045bil at current exchange rate. His source of wealth: property development, Forbes said. Like any well-heeled, the founder and group managing director is planning his succession.

Leong has three children, Jane, 33, Lionel and Rachel, 28. All three are with Mah Sing Group.

Recently StarBizWeek met up with Lionel who will be turning 31 later this year. 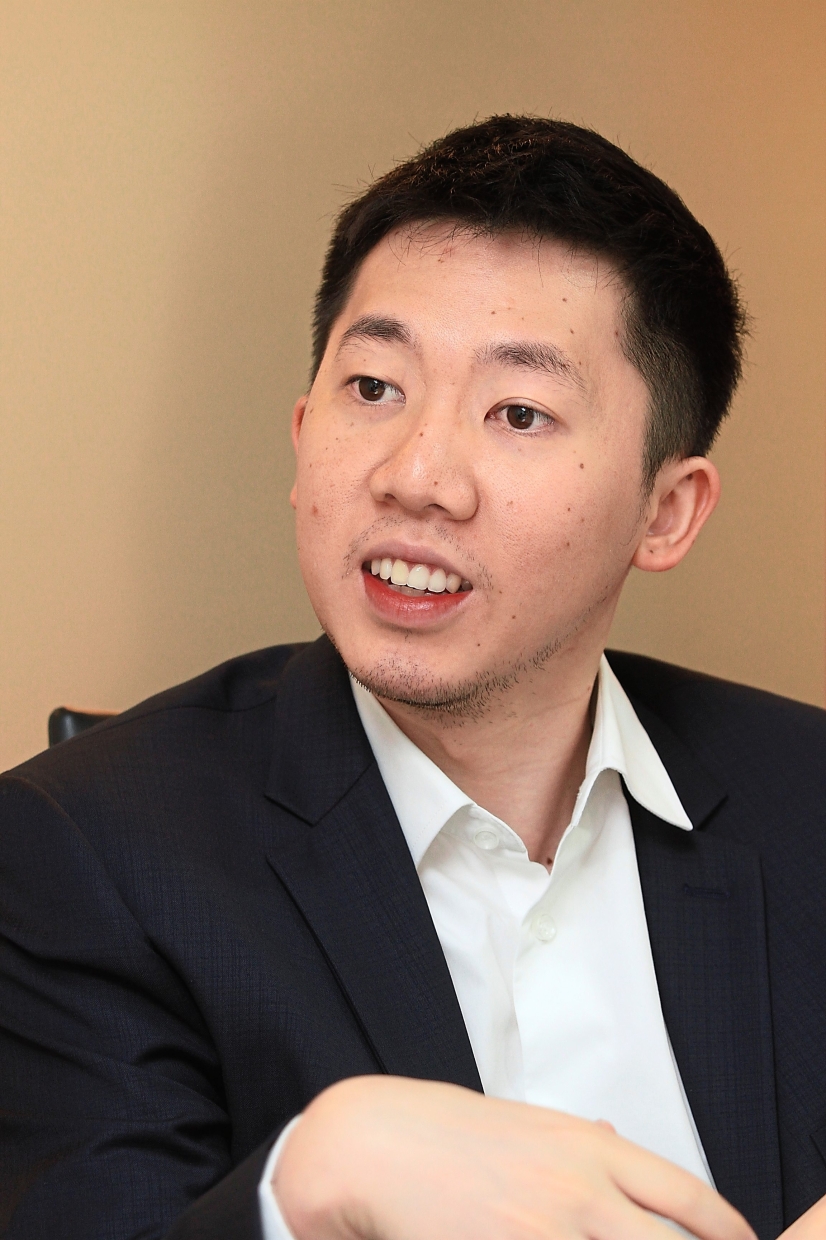 Armed with his economics degree from the University of New South Wales in Sydney, Lionel has been with Mah Sing for six and a half years now. He is group strategy and operations director.

He was previously working in a bank and joined Mah Sing group when the property market peaked around 2012/13. That period was indeed an exciting one for Mah Sing and other property developers, big and small.

“I really enjoy this work in (the) property (sector) because I feel we, as a company, can make a different in the lives of others.

“In banking, the work revolves around improving the financial model system. It may not have that direct an impact.

“But how one plans the space in a house – every little spark of an idea – has an impact on the design and the people who live in that house.”

“How we brand, plan and price our products remain (whether it is a boom or a slow market)

“We still need to come up with the right product. Challenging but this is not going to stop us from doing basic production. We still want to capture a market willing to pay for our products, ” he says.

Lionel is in project development and planning and M Oscar is his first project.

High-residential development M Oscar is a two-block project comprising the North Tower and South Tower on residential land next to MEX Highway on the Salak South Garden side.

Lionel joined the company when the property market was sizzling hot.

To keep prices competitive, South Tower will not be furnished. Buyers will have a free hand over their kitchen cabinets and wardrobe. Air conditioning connections will be in place.

South Tower faces Sri Petaling whereas North Tower, scheduled for launch in the first quarter of 2020, will be launched at RM700 psf. North Tower faces KL city. The land size is 4.63 acres and it will have a facilities deck of 2.7 acres.

South Tower will be 31 storeys, while North Tower, 32. There will be seven levels of car park facilities.

They will be clearing the land soon and putting up the hoardings.

On his working relationship with his father, who is Mah Sing founder and group managing director, Lionel says: “I update him on the progress. He will tell me what he thinks.

“The more we, Chris (Chen) bring the materials to him, the more comfortable he will be because then he knows what I am working on, ” Lionel says.

He (Tan Sri Leong) is very good at negotiations, business development side and has sharp business acumen, ” Lionel says.

Chris Chen, the sales and marketing general manager for M Oscar says there is demand for homes.

“There will be a demand for housing. There are many who want to buy their own houses, most of them being first-time buyers. That is why we are pricing our units more affordably, ” he says.

Based on Valuation Service and Property Department figures, in the Old Klang Road area, the highest transactions, or demand, are for units between 1,000 and 1,250 sq ft with a price range of between RM300,000 and RM450,000.

That was how they have derived the size and pricing for M Oscar.

Registrants between 24 and 54 years pf age were surveyed, Chen said.