Meanwhile, selling pressure continued to dominate across major regional equity markets as investor sentiment, already badly damaged by the recent escalation of the US-China trade war, was further rattled after the US moved to officially name China a “currency manipulator”.

While China’s initiative yesterday to steady its tumbling yuan managed to bring some relief to the market, equities in the region ended largely in the red.

The biggest decliner in the region was the Shanghai Composite Index, which fell 1.56%.

Commenting on the local equities movement, an analyst told StarBiz the market had entered the “oversold” territory after slumping to a two-month low of 1, 610.41, down 16.35 points (1.01%) on Monday, and extending its losses in early Tuesday trade by falling further to 1, 588.98 before the recovery, thus attracting local funds to pick up heavily beaten stocks.

“The steep decline over the last few days provided opportunities for certain investors to bargain-hunt for stocks with sound fundamentals, ” he explained. “The buying by local funds helped boost our equity market.”

A broker concurred, noting that the FBM KLCI could still face downward pressure due to the unresolved issues surrounding the US-China trade war.

“The rising tensions between China and the US over economic issues would continue to aggravate market volatility, ” one broker said.

“With no resolution for the conflict in sight over the short to medium term, investors would likely continue to avoid risky assets such as equities, and it would also further compound selling by foreign funds who are already exiting in search of safe-haven assets such as bonds and gold, ” he added.

TA Research, in its technical research report yesterday, noted the weak trend of the FBM KLCI.

UOB Kay Hian, however, was optimistic about some trading opportunities in shares on Bursa Malaysia.

The brokerage said despite the market misgivings from the escalating US-China trade war, it continued to expect positive market momentum in the third quarter of this year for beneficiaries of mega-infrastructure projects, trade diversion and foreign labour policy-related news flow.

Meanwhile, oil prices recovered from their steep decline, with the international benchmark Brent crude futures yesterday climbing about 1% to trade slightly above the US$60-per-barrel level as at press time.

Nevertheless, any gain in oil prices would likely be capped by the sluggish demand outlook for the commodity, as the unresolved trade dispute between the world’s two largest economies is expected to exert downward pressure on the global economy.

China yesterday took steps to contain the yuan’s slide, with the People’s Bank of China (PBoC) setting a stronger-than-expected daily reference rate of 6.9683 to the US dollar.

The move by PBoC came hours after the US labelled China a currency manipulator, saying the country was using a weak yuan to gain “unfair advantage” in trade.

China on Monday allowed its yuan to fall past the seven-per-US-dollar level to the lowest in more than a decade. 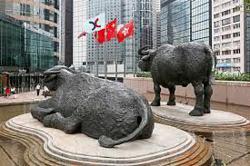 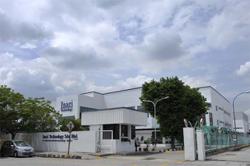