KUALA LUMPUR: The FBM KLCI extended its decline by 5.62 points in the early session to 1,642.34 as markets awaited the US rate cut decision later this week.

Also taking place this week is the US delegation's visit to Beijing for trade talks although observers have low expectations for a breakthrough.

Meanwhile Genting counters also took a step back after the previous week's rally on news that its dispute with Fox had been resolved.

Over the region, key markets were in the red albeit slightly as investors awaited more clarity on the coming Fed decision.

Oil prices fell over souring sentiment over the economy while tensions in the Middle East eased after talks between Iran and the major power concluded over the weekend. 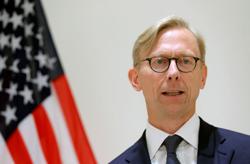