Most Asean stocks drop on signals of smaller US rate cut

A Investment Management said despite the volatility in the markets and concerns over the trade wars,

BENGALURU: Most Southeast Asian stock markets started the week on the backfoot with Philippines leading the declines, as investors pulled money out of risky assets due to reduced odds of a double-barrelled U.S. interest rate cut later this month.

Equities worldwide benefited last week from New York Fed President's dovish comments that hinted at a half-point rate cut this month, but hopes were thwarted when his speech was recanted and qualified as "academic" rather than a policy suggestion.

Markets "will likely trade with a more risk cynical bent this week as the less dovish Fed narrative continues to sink in" said Stephen Innes, managing partner at Vanguard Markets, in a note.

Leading the declines, Philippine shares posted their sharpest intraday drop in over three weeks, dented by financials and utility stocks. The biggest laggards in the index - Bank of the Philippine Islands and power generator Aboitiz
Equity Ventures Inc lost more than 2% each.

Meanwhile, Thai shares dipped shortly after data showed the country's customs-cleared exports declined for a fourth straight month in June, down 2.15% from a year earlier, while imports also contracted for the period. 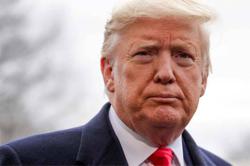 US$ weakens after another surprise Fed rate cut