SINGAPORE: Asia’s "Fort Knox,” a private, maximum-security vault in Singapore, is for sale.

Le Freeport, a multi storey repository for fine art, precious gems and even JPMorgan Chase & Co.’s stash of gold, has been seeking a buyer since as far back as 2017, so far without success, according to people familiar with the matter.

Owner Yves Bouvier, a Swiss art dealer, has been embroiled in a five-year legal brawl with a Russian billionaire and has been selling assets.

Opened in 2010 at a cost of about S$100 million ($74 million), the vault sits on a large tract of government land with direct access to the runways of Changi Airport.

Formerly known as the Singapore Freeport, the building was heralded as part of the city state’s effort to boost its wealth management industry and become a regional hub for luxury collectibles and bullion trading. For a while, that worked.

Bouvier’s dispute with billionaire Dmitry Rybolovlev "brought some unwanted attention to the facility, but overall it remained the focal point of the gold industry in Singapore, both for institutional and for individual clients,” said Joshua Rotbart, who runs a Hong Kong-based logistics firm specialising in precious metals and has used the vault to store clients’ assets since 2010.

The climate started to change a few years ago when China’s clampdown on luxury spending and an economic slowdown in the region curbed demand for high-value items, while an exodus by many banks from their physical commodity business from 2014 reduced the need for bullion storage.

The venture has lost money for about a decade. It reported accumulated losses of S$18.4 million by the end of last year, according to filings to Singapore’s Accounting and Corporate Regulatory Authority.

Le Freeport Chief Executive Officer Lincoln Ng recently told at least one tenant that the facility is still for sale, but that its owner hasn’t found a buyer, according to one of the people.

In an emailed response to questions about Le Freeport sent via a spokesman, Bouvier declined to comment on whether the business was for sale. He said the "attacks by Mr. Rybolovlev against me in various courts and in the media have had a very negative effect on my business operations worldwide, including on the FreePort in Singapore. Despite this, over the past decade, our vision for the FreePort in Singapore has been proven to be a great success.”

CEO Ng also declined to comment on whether Le Freeport is seeking a buyer. 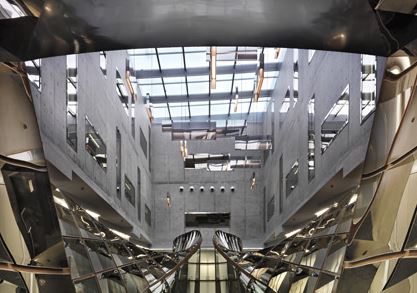 A buyer would inherit an outstanding debt to DBS Group Holdings Ltd., Singapore’s largest bank, which stood at about S$20 million as of last year.

Any sale would mark a further retreat for Bouvier from his earlier plan to build a network of freeports in wealthy hotspots around the world.

He has said that he abandoned plans to build a Freeport in Shanghai because of the negative publicity from his court case, and in late 2017 he sold his storage and moving company Natural Le Coultre to a French rival, including his minority stake in the Geneva Freeport, the world’s largest. He remains the majority owner of his Luxembourg Freeport.

Singapore’s government provided support to the Freeport, with the National Heritage Board and the National Arts Council among the initial shareholders -- though the two entities say they divested in 2011.

Enterprise Singapore, a government agency, in 2014 said the facility provided Asia "with its own Fort Knox,” a reference to the U.S. Bullion Depository in Kentucky.

The city-state aspired to be a regional gold-trading hub after the government waived goods and service tax on investment-grade bullion in 2012.

JPMorgan, one of the world’s largest gold traders, was among the initial customers, keeping precious metals in the vaults since the opening.

Anyone entering Le Freeport has to go through security checks and a body scan before proceeding into a long atrium dominated by a 38 meter-long sculpture of polished steel by Israeli artist Ron Arad called the "Cage without Borders.”

Surrounding the atrium are windowless corridors with rows of identical steel doors that house the private suites of the tenants. They include Malca-Amit Global Ltd., which handles logistics for diamonds and gold, art movers Helu-Trans Group and Stamford Cellars, according to Le Freeport’s website.

Tenants can have goods delivered to the site directly from planes without having to pay goods and services tax. A special heavy-duty elevator at the rear of the building can transport gold directly to the basement vaults.
Secrecy over what was stored in the strongrooms has led to concern about the possible use of the facility for illicit purposes.

In 2015, Singapore imposed new obligations to prevent money laundering and terrorism financing on GST-exempt warehouses including those at the Freeport. But a year later, the Paris-based Financial Action Task Force said Singapore’s authorities "did not demonstrate a comprehensive understanding of what activities were being undertaken” in the building.

Bouvier said the Singapore operation employs a system "which allows for complete traceability for every item stored.” He said the security and transparency provided by Le Freeport for both clients and authorities has made it the world’s largest facility dedicated to the storage of fine art and high value collectibles.

Singapore Customs, which licenses companies storing goods at Le Freeport, said it imposes stringent requirements on the storage of high-value goods such as precious stones, and conducts regular checks at the companies’ warehouses to ensure they comply with regulations.

But it’s the events outside of the building which have put the Freeport into the spotlight.

Russian art collector Rybolovlev accused Bouvier in early 2015 of overcharging him by about $1 billion for dozens of canvasses by artists including Gustav Klimt and Rene Magritte. Rybolovlev said Bouvier violated fiduciary duties as his broker by deliberately inflating what he said the works cost.

Bouvier and his lawyers have argued repeatedly that he was never Rybolovlev’s broker and that the Russian was just a repeat customer willing to pay top prices to secure the artworks.

The battle has been playing out in courts in Monaco, Paris, New York, London, Geneva and Singapore, where Bouvier currently lives, forcing him to hire an international team of lawyers to fight his corner. Bouvier told Bloomberg in early 2017 that the battle with Rybolovlev had cost him nearly $1 billion in lost business. - Bloomberg