Minister: Maju Holdings offers to take over PLUS

Baru: We are studying the offer. No other companies have made an offer. There’s no time frame for any decision.

GEORGE TOWN: The government has received an official offer from Maju Holdings Sdn Bhd to take over PLUS Malaysia Bhd.

In confirming this, Works Minister Baru Bian said no company other than Maju Holdings has made an official offer and that the ministry is studying the offer before bringing it up to the Cabinet.

“We are studying the offer. No other companies have made an offer. There’s no time frame for any decision.

“Any present and future development of highways in the country will be considered in the light of a holistic study on the direction of tolls in the country,” he said after opening the Highway Concession Conference 2019 here yesterday.

In January, the Works Ministry had appointed an independent auditor to study and research the direction in which the toll industry in this country is taking.

Meanwhile, the federal government will implement the Radio Frequency Identification (RFID) for the toll collection system at all toll plazas nationwide soon.

When asked whether it would take three to five years to implement the RFID technology, Baru said it would not take that long.

“Three to five years is too long. But give us time to ensure that it is properly implemented to benefit road users,” he said.

The Works Minister had pointed out that toll plaza without booths could only be initiated when the RFID system is widely used throughout all highways nationwide.

From the initial plan by the Malaysian Highway Authority (LLM), RFID system was supposed to start in the third quarter of last year.

The special lane for smart tag would only be eliminated after the removal of boom gate barrier and toll booths as part of the multi-lane free flow rollout probably in the next two years.

“In formulating the standards, we need not reinvent the wheel.

“We can adopt the standards that are already available and modify them to suit our needs,” he added.

The conference was jointly organised by the Works Ministry and Malaysian Highway Authority in cooperation with Association of Highway Concessionaires Malaysia.

Up to RM200mil to modernise highways 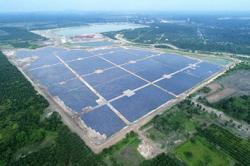 Is there hope for our air travel industry?