Then on Monday, circuit-board maker Camsing International Holding Ltd tumbled a record 80% after the company said chairwoman Lo Ching was in police custody in Shanghai. On the same day, a number of other small stocks, including Beijing Sports and Entertainment Industry Group Ltd, crashed for no apparent reason.

Shares of some newly listed companies on the market’s main board have also undergone sudden collapses.

Cross-shareholdings between companies – or even links such as board members in common – can sometimes explain the contagion, as in the case of the Enigma Network of 50 stocks highlighted by shareholder activist David Webb.

There are other red flags. Fullwealth and KNT were both subject to so-called concentration warnings by the Securities and Futures Commission before their flash crashes. When ownership of a company’s stock is concentrated among a small number of shareholders, the price can “fluctuate substantially” even with a small number of shares traded, the regulator said.

Such mechanical rules aren’t sufficient to screen out all potential problems, though, because Hong Kong simply has too many penny stocks – those with a share price of less than HK$1 (12.8 US cents). These have low liquidity and limited transparency.

As of Monday, more than 480 penny stocks have zero coverage by sell-side analysts, data compiled by Bloomberg show.

This is by no means a small subset. Penny stocks account for roughly 20% of Hong Kong’s stock universe and boast about US$60bil in total market cap. They’re also a dangerous bunch: In the past year, the group reported a combined US$6bil in net losses.

Brokerages are understandably unwilling to cover these stocks because they don’t generate enough trading business. But even short sellers such as Muddy Waters LLC shy away from this dark corner of the market, preferring to take on bullish sell-side analysts over companies such as Anta Sports Products Ltd.

After the Enigma crash in the summer of 2017, I noted that major exchanges in the US have clear rules on penny stocks.

Companies on the New York Stock Exchange, for example, face delisting if their shares drop below US$1 for 30 consecutive days. Two years on, Hong Kong still has no such safeguards. — Bloomberg 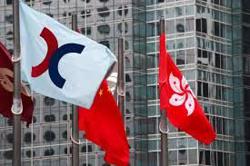 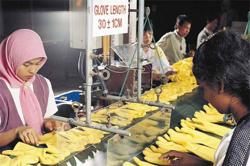