Vogiatzakis: There is value that an ad agency can add to a brand or campaign.

PETALING JAYA: Can the level of creativity be replicated by non-agencies like consultancies and marketers?

The answer depends on the right talents and the persuasive and creative art of story telling which only an ad agency possesses.

As more consultancies venture into the ad and communications space and as marketers strive to set up their in-house creative departments in a bid to save costs, agencies are feeling the heat.

Although this trend is more prevalent in developed countries, it is fast catching up and hitting the local shores.

Advertising, communications and media agencies are up in arms and agree that the golden rule in creativity – the art of story telling and formulation of ideas – is what puts agencies above the rest.

Havas Media Malaysia outgoing CEO Andreas Vogiatzakis told StarBiz that there is value that an ad agency can add to a brand or a campaign.

“Ad agencies are built on talents. They have a sound understanding and mastery on consumer psyche, marketing trends, ability to unearth insights, analyse all aspects of the relevant processes and bring it all together to strategise and create ad campaigns that build the brand. 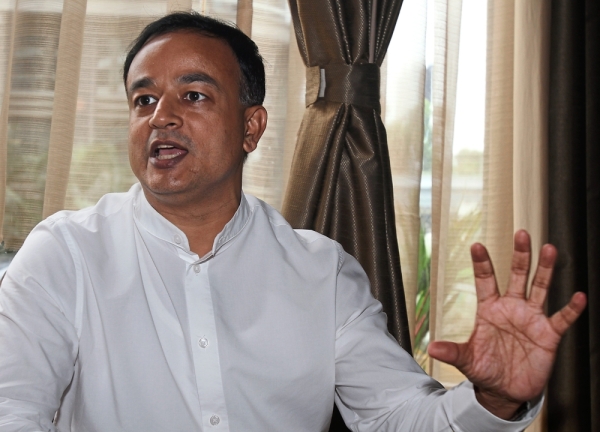 Prashant: In marketing there are 4Ps: product, price, place and promotion.

“They see the process from start to finish. And there is value to that. Not entrusting them to do so, and breaking that process, can be dangerous,” he cautioned.

He said there are non-agencies which to an extent are usurping the agency functions to cut costs and create efficiencies amid a pressuring economy.

Vogiatzakis added this was a dangerous precedent. Engaging consultancies to truly add value to the process, for example, could be strategically correct. But doing so only in order to cut costs from the ad process is dangerous, he noted.

“I urge those involved to remember two old adages, that are universally true and this will serve both clients and agencies: It ain’t creative unless it sells. Fast, Good and Cheap. You can only have two of the latter adage at any given time,” he stressed.

Describing the trend of non-agencies offering creative services, the Association of Accredited Advertising Agents Malaysia (4As) president Andrew Lee said it was a natural evolution in the ad and communication industry.

This is caused by the increasing need for speed to market, he said. He added that in recent years there have been cases of brand consultants buying creative agencies as well as marketers setting up their in-house creative department and media specialist setting up their creative unit.

A more interesting development Lee said is the acquisition of Havas SA by Vivendi SA to become a vertically integrated media and advertising behemoth, capable of courting advertisers, making ads and producing the media in which to run them. Lee: Creativity could be replicated by others if they have the right talents.

This acquisition, he noted was necessary for an industry where content, distribution and communications are converging, allowing them to leverage Vivendi’s skills in talent management, content creation and distribution from movies and music to videogames and TV.

Lee said creativity could be replicated by others if they have the right talents. “But to have the creativity that sells we will need more than just data or marketing theories based on past learnings because creativity in advertising is an art, not just science. It is an art of persuasion,” he said.

Commenting on creativity, Reprise Digital managing director Stanley Clement said there is a trend to hire a key creative director rather than an entire team, as this individual is best placed to take the brand’s view across the work done by agencies.

“Rather than usurp the role of agencies, we see a space for us to work symbiotically, especially across larger campaigns, key events or product launches, as agencies tend to have a broader look of the communications industry and market landscape,” he said. “As far as clients in-housing trend is concerned, I seriously doubt it brings any true sustainable cost advantage for most mainstream clients. I also believe that each time a marketer starts taking agency work in-house, they end up doing less marketing and more agency work.

“In marketing there are 4Ps: product, price, place and promotion. Advertising is a part of promotion. So if marketers were to offer in-house agency work, they will not have enough time to embark on all the 4Ps,” he said.

On whether the level of creativity in the ad and media industry in the country was on a downward trend, Vogiatzakis said it was not but not “full swing” on the upside either.

“I believe more effort is needed in the industry to nurture creative talent, more training, more involvement in the academia in order to foster young talents, and more industry training and agency commitment in such, in order to achieve a higher level of creative output. This requires commitment, dedication and a higher mandate from the industry,” he added.

Prashant said in the last decade there has been brain drain of top creative talent from Malaysia, as budgets and bravery has shrunk in the local marketing space.

On flip side, he said there is a rapid adoption of digital that is giving birth to a new generation of creativity.

To beef up creativity, he said it requires an inspiring creative culture on agency side but it also needs brave marketers who can connect the risk of the new and different with brand impact and business advantage.

“Last but not the least, it needs CEOs who understand that marketing is marketing because it’s not sales or IT or finance. Because brand building is tricky and requires patience, it can be a powerful and long-term advantage,” he noted.

Clement does not see creativity on a downward trend. He believes that the landscape has shifted, especially with the rise of digital spends, and the way assets have been deployed have also changed. “Creativity now lies within how well you tell a story in the first three seconds, or how quickly you can capture the attention of your swiping and scrolling audience,” he said.

The biggest mistake most agencies make is getting embroiled in driving more tactical approaches in the quest for digital metrics, he said rather than finding a balance in defining the holistic picture for a brand through communication. It is also a case of balancing budgets and efficiency, Clement noted.

Prashant, Vogiatzakis and Lee concurred that the current business model of the agency needs transformation to enhance creativity.

The whole industry needs to be re-conceived from a white sheet, Prashant said. “Data and tech are transforming businesses and we need creativity that can code and count. Not to shackle it but to liberate it from the confines of our self-serving narrow assumptions and to bring deeper relevance to people,” he said.

Vogiatzakis said the agency business model perhaps needs to be adjusted to allow more freedom to the agencies to be creative.

He also believes that creativity has partially being stifled due to the economic constraints and demands in a pressurised economy.

He added: “Faith, brevity, boldness, and deep understanding of the consumer psyche and the trends are needed for clients and agencies to be more daring to try new expressions, to create further, and break the norms.”

Lee said there is a need to embrace the change and evolve. “How one transform will very much depend on the market environment. The creative industry is here to stay because it will be creative enough to evolve for its survival,” he noted.