In a statement issued yesterday, the SC said the Cabinet Special Committee on Anti-Corruption (JKKMAR) had approved its recommendation to require listed companies to put in place anti-corruption measures and a framework to promote the effective discharge of directors

KUALA LUMPUR: The Securities Commission (SC) has cautioned the public against unauthorised initial coin offerings (ICO) and digital asset exchanges in light of the growing number of queries and complaints.

"The SC advises the public to be wary of any persons offering ICOs. The SC has not authorised any ICOs pending the finalisation of its guidelines," it said in a statement.

The SC also advised investors to be aware of the potential risks of ICO schemes, which include:

(i) an ICO issuer not having a physical presence in Malaysia would make it difficult to verify the authenticity of the ICO. Further, the recovery of invested monies may be subject to foreign laws or regulations;

(ii) the involvement of unauthorised individuals heightens the risk and exposure to fraud, money laundering and terrorism financing;

(iii) the ICO may be structured in such a way as to limit the legal protection and recourse for the investors against an ICO issuer; and

Any offering of digital assets and its associated activities such as marketing or inducing others to subscribe requires authorisation from the SC.

As of June 4, the SC has registered three recognised market perators to operate digital asset exchanges in Malaysia. 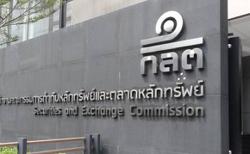