is selling its education business to Two Horses Capital Sdn Bhd which is owned by Tunku Ali Redhauddin and Datuk Ganendran Sarvananthan.

TPG Capital Asia, the Asian investment platform of global alternative asset firm TPG, will provide financing to the strategic investor as well as strategic and operational support, including leveraging on its network and experience in the education sphere.

Paramount said the indicative disposal consideration was based on the earnings before interest, tax, depreciation and amortisation (Ebitda) of the target companies and REAL Education for the FYE 31 Dec 2018 of RM53.8mil and multiplied by an agreed multiple of 16.0 times.

“This will result in an implied enterprise value (EV) of RM861.0mil for a 100%-equity stake in the target companies and REAL Education,” it said.

Paramount said the disposals would enable it to monetise and unlock the value of part of its investments in the Paramount pre-tertiary group at an attractive valuation which is comparable to regional education service providers operating in developed markets.

Paramount said it would realise pro forma gain on disposal of approximately RM487.8mil, which will translate into an improvement in earnings per share of the company by RM1.10 per share.

"The corporate exercise would enhance the brand visibility of the Paramount pre-tertiary group regionally as Tunku Ali and Ganen have extensive regional business networks through their involvement in TPG as adviser and managing partner respectively.

“TPG has extensive investment experience in the education sector which the Paramount pre-tertiary group can leverage on to elevate its growth to the next level,” it said.

“To do so, we believe the most efficient way is to work with a strategic partner with the experience, network and financial capacity,” said Chew, adding that Paramount will maintain a minority stake with board representation in Sri KDU Schools and REAL Education Group to ensure continuity in expertise and leadership in the schools.

Chew said the transaction unlocks the value of Paramount’s education business, and the cash raised would be used for working capital, to grow Paramount’s land bank for its property development business, and for shareholder dividends.

Rothschild & Co is the sole financial advisor to the Paramount board on the merit of this transaction, while RHB Investment Bank is the sole principal advisor. Meanwhile, Credit Suisse is buyside advisor for the transaction and Maybank is co-advisor to TPG.

Previously, he worked at both McKinsey & Company and Khazanah Nasional Bhd, and he currently holds other board and advisory roles at several corporations and non-profit entities, including TPG Capital Asia.

Ganen is the managing partner of TPG Capital Asia. He joined TPG in 2014 from Khazanah Nasional Bhd, where he had been since 2004.  He currently serves as a board member of several TPG Capital’s investee companies in Southeast Asia.

TPG is a leading global alternative asset firm founded in 1992 with more than US$108bil of assets under management. 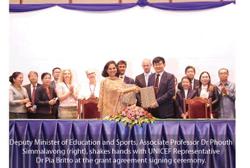 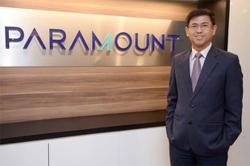 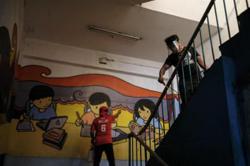