is aggressively stocking up on its land bank, at a time when most developers are taking it slow when it comes to acquiring and developing land due to the overhang in properties.

Scientex has been on an acquisition mode in recent years and would now have a landbank of 3,611 acres, after the completion of its latest purchases of six parcels of land in Penang, measuring 179.7 acres for RM109.59mil.

It entered into a sales and purchase agreement for the six parcels of freehold land in North Seberang Perai via its wholly owned subsidiary Scientex (Skudai) Sdn Bhd on Monday.

On May 13, the group also made a proposed acquisition for five parcels of land in Selangor - three parcels measuring 150.17 acres in Rawang for RM111.21mil and two parcels in Kundang measuring 16.3 acres for RM12.07mil through Scientex Park (M) Sdn Bhd, also a wholly-owned subsidiary.

On April 17, Scientex had also paid in full for the proposed acquisition of two parcels of freehold agriculture land in Durian Tunggal, Melaka measuring 208.9 acres for RM68.25mil that it made on August 15 last year via another wholly owned subsidiary, Scientex Quatari Sdn Bhd.

All lands are to be developed into mixed-property development.

An analyst said this was in line with Scientex’s aim to build 50,000 affordable homes nationwide by 2028 so it would not matter when Scientex was acquiring lands because it needed to accumulate its land bank for long term use.

“They see value in the Penang location and they are trying to expand their property market operations across the peninsula which we deem as a long term strategic move,” an analyst says, adding that the company is still on track to build 50,000 affordable homes in 10 years.

Scientex’s third quarter results ended April 30 is expected to be released by the end of this month.

Its financial year end is on July 31.

While most companies might be holding back their spending to acquire lands, another analyst said Scientex’s Penang purchase is quite cheap and this would mark its first foray in the northern state.

“Not surprising that they are on an acquisition mode.

“They want to build at least 33,000 homes by 2028 so they will need to replenish their landbank as well.

“The Penang land is near an SP Setia project and since Scientex’s properties are in the affordable range of RM500,000 or less, they will sell quite well,” the analyst says.

KAF-Seagroatt & Campbell Securities said in its report earlier this week that Scientex’s landbanks are expected to deliver sustainable contributions from the property management segment for the next 10 years.

Excluding the Penang and Selangor lands, Scientex’s current 3,265 acres of land has RM12bil worth of gross development value (GDV).

The research house also expects the group to be able to finance the Penang acquisitions as it only has a projected gearing ratio of 0.3 times in FY20.

AffinHwang Capital Reserch, in its brief note on Tuesday, said it was positive on Scientex’s foray into Penang as the long-term development potential for the Penang land is attractive.

Both KAF-Seagroatt & Campbell and AffinHwang maintained their buy calls on Scientex, with target prices of RM9.99 and RM10.10 respectively.

Property development makes up 58.3% of the group’s operating profit or RM104.7mil for the six months ended Jan 31, with the balance being manufacturing.

Another analyst said that besides the group’s bright prospects in property development, Scientex is also on track to one of the top plastic manufacturers, leveraging on its expertise in plastic packaging to create products that are more sustainable for the environment, which seems to be a growing demand for its multinational clients.

“The fact that they are now acquiring more downstream players, this should improve the contributions from the manufacturing sector.

The analyst says this is expected to increase Scientex’s manufacturing capacity by 30%. 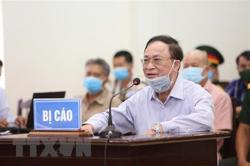 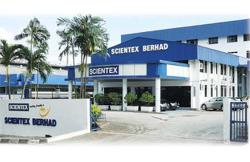 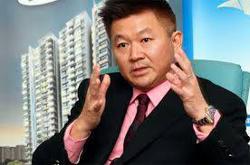