Prime land: The sale will involve two parcels – a 3.6-acre site and an 11-acre site. Both pieces flank the north-eastern and north-western corners of the Sungei Way FIZ, respectively.

PETALING JAYA: Following Western Digital’s announcement to shut down the hard disk drive (HDD) assembly facilities in Sungei Way Free Trade Industrial Zone (FIZ) here, the American computer HDD maker and data storage company has confirmed that it has put up 14.6 acres for sale, according to a statement from Knight Frank.

The sale will involve two parcels – a 3.6-acre site and an 11-acre site. Both pieces flank the north-eastern and north-western corners of the Sungei Way FIZ, respectively.

No price was mentioned in the statement but a 2018 report by a business publication put the price of the 11-acre site at between RM160mil and RM190mil.

Said a source: “It would definitely be higher than the figure (of between RM160mil and RM190mil). The price is still under consultation.”

The larger of the two sites has a total build-up area close to 500,000 sq ft. Both sites are equipped with high-grade clean room facilities.

Knight Frank capital markets executive director Allan Sim said: “The Western Digital plants are undoubtedly among the most prominent and visible buildings along the Puchong-Damansara Expressway or LDP.

“It is rare for such a sizeable facility within an established FIZ to be made available to the market. Most existing FIZs within the Klang Valley are generally occupied.”

FIZs are export-processing zones to cater to the needs of export-oriented industries. Companies in FIZs are allowed duty-free imports of raw materials, components, parts, machinery and equipment directly required in the manufacturing process.

“Western Digital has been operating on these sites for the company’s hard disk manufacturing operations and has fitted the plants with high-grade equipment, including large Class 100 clean rooms.

“This is an opportunity for large manufacturers looking to expand their footprint in Malaysia with high-grade facilities ready for immediate operation,” Sim said.

He added that they have received enquiries since the official sale advertisements were published. Both end-users and developers are keen on the prospect of the sites being rejigged to house new export-oriented manufacturing activities, or to be redeveloped in the future.

Western Digital, according to previous press reports, has been operating there for more than 20 years.

Western Digital does not intend to move out of Sungei Way FIZ.  It has another premises there and are committed to remain within that area. Construction planning for their Centre of Excellence set-up is already under way.

In 2011, the company invested in a US$1.2bil research and development facility there.

It was reported in 2017 that Western Digital’s subsidiary – HGST Technologies Malaysia Sdn Bhd – which ceased operations in 2016, had put up its land parcel where its factory was located and the adjoining vacant land in Bayan Lepas Industrial Zone, Penang, for sale.

This is not the first time a US-based disk storage solutions company is shutting down a major manufacturing plant. Over the last couple of years, others have done the same in Penang and Negri Sembilan.

Thailand No 1 exporter of computers, components in Asean 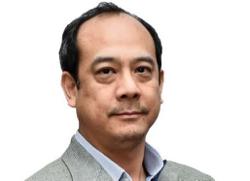