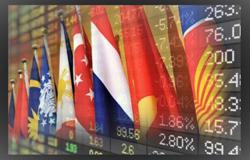 On the local front, Affin Hwang Capital said the upside to gold would be partially offset by a possible stronger ringgit of RM3.90 by end-2019, supported by Malaysia

SINGAPORE: Gold is finally gaining the traction needed to boost prices to a level not seen since 2013 as concern mounts over increased trade war tensions and the global growth outlook.

Bullion may touch $1,400 an ounce this year as investors hedge risk, according to Rhona O’Connell, head of market analysis for EMEA and Asia regions at INTL FCStone Inc.

"All the dominant asset classes have a question mark over them at the moment, which is generally when gold comes into play,” O’Connell said by phone before this week’s Asia Pacific Precious Metals Conference in Singapore.

Gold is seeing a revival after a lackluster few months as investors weigh the prospects for slowing global growth and increasing expectations that the Federal Reserve will cut interest rates.

Volatility in stocks following the escalating U.S. trade tensions with China and then with Mexico, has led to a surge in demand for havens, with 10-year Treasury yields near a 2017 low and Wall Street’s biggest banks warning of growing recession risks.

"There’s enough elements of risk in the outlook for world economies, there’s still a degree of geopolitical risk, currencies are looking volatile, and the fact that the market’s looking at a recession, the equity markets are obviously under threat,” according to London-based O’Connell.

The steepening U.S. yield curve shows bond traders have concluded that the case for the Fed to cut rates is only strengthening. Last week, Chairman Jerome Powell signaled an openness to loosening, pledging to keep a close watch on the fallout from disputes between the U.S. and its largest partners.

"We are in the late end of the cycle, the Fed’s move is likely a cut, maybe it happens a little later than some are hoping for, but inevitably most likely, it will happen,” said Bart Melek, the global head of commodity strategy at TD Securities in Toronto, who’s also attending the conference.

"As volatility increases and the risk of a correction in equity market increases, we’re going to start seeing more significant flows of capital into the gold markets,” said Melek, who sees prices in a range of $1,320 to $1,375 in the second half, and a 2020 fourth-quarter average of $1,425.

"Next year, I see a continuation of the low interest rate environment and a continuation of trade disputes, particularly if President Trump is polling well in the period ahead of the elections,” said Frappell, who’s also at the conference. - Bloomberg