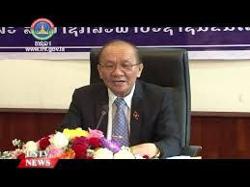 ANGKATAN Koperasi Kebangsaan Malaysia Bhd or Angkasa is the national apex cooperative of Malaysia and is governed by a representative system.

Founded on May 12, 1971, it is recognised as the National Co-operative Movement of Malaysia.

The National Assembly, which is held annually, approves the Angkasa annual budget, makes policies and approves any amendments or changes to Angkasa’s by-laws.

Established in 1971, it currently has 9,866 members with its chairman being Datuk Abdul Fattah Abdullah.

As the apex organisation for cooperatives in Malaysia, Angkasa plays an important role in guiding the cooperative movement in Malaysia, with the following specific objectives:

> To unify Malaysian cooperatives and champion the aspirations and rights of the movement;

> To represent the cooperative movement at the national and international level;

> To propagate cooperative concepts and principles among co-operators and Malaysians in general through educational programmes; and

> To assist the development of member cooperatives.The board of Angkasa, known as the National Administrative Committee (NAC), is chaired by the president and includes a deputy president, four vice-presidents and one chairperson of the state liaison committees and includes one representative from the Domestic Trade, Cooperatives and Consumerism Ministry and one representative from the Finance Ministry.

The NAC oversees the implementation of all policies and objectives of Angkasa.

The National Executive Committee (NEC), which is appointed by the NAC, ensures the effective execution of decisions made by the NAC.

The NEC also monitors the daily operations of Angkasa and makes certain that the organisation is managed accordingly. 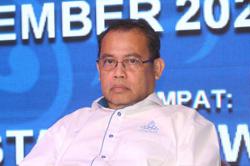