PETALING JAYA: Malaysia Airlines should not be shut down, according to its CEO, Izham Ismail as he believed it would incur high costs and also impact its 13,500 employees.

“Shutting down Malaysia Airlines would be a wrong move. This is my personal opinion,” Izham was quoted as saying in Seoul by various reports.

He opined that shutting down the flag carrier not only incur high costs and impact its 13,500 staff, but also those in the supply chain such as suppliers, vendors and aircraft lessors.

However, he is open to equity investments from investors to come on board to help the carrier’s turnaround.

“I welcome these synergies, because not only do they invest in the airline, they bring in new culture and could guide Malaysia Airlines in combating the future market,” Izham was quoted saying.

The airline will focus on its long-term business plan, currently awaiting approval from the board members of the airline’s sole shareholder, Khazanah Nasional Bhd.

In March, Prime Minister Tun Dr Mahathir Mohamad said the government was considering shutting down Malaysia Airlines among other options, including selling or refinancing the loss-making national airline. 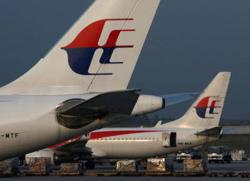