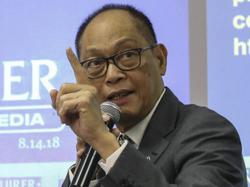 GREECE’S banks have staged a spectacular stock market rally this year. Shares of two of the country’s top four lenders - Piraeus Bank SA and National Bank of Greece SA - have more than doubled. The possibility of a change in government has spurred the latest bump - but investors’ optimism may be premature.

Fundamentally, little has changed since last year. Back then, investors were concerned that regulators would force banks, crippled by bad loans, to raise capital. The partial recovery in bank stocks since then isn’t a signal that the required fixes will actually be made.

Progress in reducing bad debt remains painfully slow. Late last year, the Greek authorities hashed out two plans for the industry to accelerate disposals. Both are central to getting lenders back on solid ground, but neither has yet received the blessing of the European Union.

Meantime, the country’s economic recovery is fragile, at best, leaving banks vulnerable to swings in sentiment.

Non-performing exposures, which fell by 12.7 billion euros ($14 billion) in 2018 to about 82 billion euros, still make up almost half of total loans, according to Bank of Greece data. The European average is closer to 3%. Greek banks won’t be able to function properly until this mountain is reduced to a molehill.

Enter two potentially complementary plans to speed up the industry clean-up. The Hellenic Financial Stability Fund - the nation’s bank rescue vehicle - has sought EU approval to use government guarantees to back the safest tranches of securitized bundles of loans.

The asset protection scheme, or APS, would make them more attractive to other investors.

Separately, the central bank has been working on a solution that would address both the stock of non-performing loans and improve the quality of banks’ capital.

Under this program, lenders’ deferred tax credits would be transferred to a special purpose vehicle, or SPV. This in turn would sell bonds to raise funds to buy about half of the nation’s stock of bad loans. It would be a game-changer.

Expectations that the programs would be up and running this year or next may prove to overly optimistic. Greece is heading into national elections, while the European Commission will see a changing of the guard. I understand the commission is in preliminary talks on the APS, but not yet on the central bank’s proposed SPV.

During the week of May 7, analysts at UBS Group AG sounded out investors on their views on Greek banks. Unsurprisingly, their top issue was the outlook for bad loan disposals, followed by the state of the economy. But more telling was their overall sentiment rating; most, or 44%, rated it as neutral, indicating a preference for staying on the sidelines, ahead of 37% who said the environment was bullish.

Since then, the FTSE/Athex Banks Index has risen 14%; there may be fewer bulls now.

To be sure, the outlook for Greece’s economy has improved: in 2018, growth was the strongest in a decade, and the nation’s 10-year bonds now yield 3.18 percent, a fraction their level at the peak of the crisis.

And lenders can’t all be treated equally. Eurobank Ergasias SA is merging with Grivalia Properties REIC in a deal that will reduce bad loans and bolster capital. By taking matters into its own hands, the company will probably see its proportion of souring loans to drop to less than 15% of all loans by 2020 regardless of what happens to the Bank of Greece’s SPV plan.

By contrast, if the fix fails to take off, the NPE ratio would be 26% at National Bank by 2020, 34% at Piraeus, and 31% at Alpha, according to UBS. What’s more, liquidity at the banks remains weak and sensitive to confidence shocks, Fitch said this week.

Banks’ valuations, which range from a lowly 16% of tangible book value at Piraeus to 39% at National Bank, may not look demanding. But the outlook most certainly does. - Bloomberg