Consumers to win: The savings in capital expenditure and the reduction in duplication following the proposed Axiata-Telenor merger will result in more benefits, with more cost savings being passed down to consumers.

and Telenor ASA will see the creation of more jobs and opportunities.

While duplication in terms of infrastructure and capital expenditure will be eliminated, there will be more jobs when it comes to marketing and servicing a larger clientele base of almost 22 million, just in Malaysia alone, according to an Axiata spokesman.

He stressed that the planned merger will not result in any retrenchment and neither will the success of the merger rely on the reduction of jobs.

“Our people plan includes (the) retraining (and) reskilling (of) employees to new areas. There would be new jobs created, more than the individual company would have been able to do, due to the financial strength of the planned Celcom and Digi merger,” he said.

“This is also due to new areas of growth such as home broadband, enterprise, solutions and the Regional Innovation Centre,” the spokesman said, adding that the company does not believe in benefiting from the merger at the expense of its employees and if there would be any plans for manpower reduction, it would only be on a voluntarily basis.

Celcom has never retrenched its employees in its history of being managed by Axiata.

On May 5, Axiata said the new merged entity (MergedCo) would create a global champion with proforma revenue of more than RM50bil.

The three distinct global champions that will be created from the merger are the internationally recognised MergedCo, which would be the largest in the region; Global Tower Company being the combination of edotco Group and Telenor Asia assets, making it the fourth largest tower companies in the world; and a Regional Innovation Centre, which would develop products and solutions of global standards.

MergedCo will invest some RM100mil annually into the innovation centre for areas surrounding the Internet of Things (IoT), artificial intelligence, robotics and 5G solutions.

The planned ownership ratio of MergedCo is 56.5% for Telenor and 43.5% for Axiata. One of the companies under MergedCo would be the planned merger of Celcom and Digi (MalaysiaCo), where roughly 67% will be owned by MergedCo.

Including MalaysiaCo, these are four companies that will be paying taxes in Malaysia. MergedCo, MalaysiaCo and TowerCo will also be listed separately in Malaysia within five years.

The spokesman said the savings in capital expenditure and the reduction in duplication would result in more benefits, with more cost savings being passed down to consumers.

“MalaysiaCo, with the scale, strong balance sheet and profitability, will have the ability to offer affordable 5G and broadband services while increasing network coverage and quality, much better and earlier than Celcom or Digi could individually do.

“We expect consumers would eventually benefit with the affordable prices, better network quality and coverage as well as more innovative products due to a much stronger Malaysian entity and the Regional Innovative Centre,” he said.

Moving forward, the spokesman added that the merger is going to open up the market to more investors. It would also broaden the digital ecosystem.

Meanwhile, despite Telenor having the majority stake in MergedCo, the concept of merger of equals is fundamental to the proposed merger.

The board of director’s mix will reflect the shareholdings but the chairman will be from Axiata. 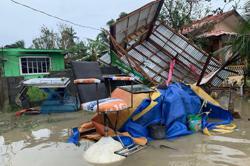