Chinese officials described the Trump administration's posturing on trade as the product of an "anxiety disorder".

IN JUNE 2016, presidential candidate Donald Trump stood between bales of crushed aluminum and a crowd of supporters in a factory outside of Pittsburgh and made a promise on trade that wasn’t hard to keep.

“If China does not stop its illegal activities, including its theft of American trade secrets, I will use every lawful -- this is very easy. This is so easy. I love saying this,” he told workers at the recycling firm Alumisource, a former steel plant in Monessen, Pennsylvania. “I will use every lawful presidential power to remedy trade disputes.”

Three years later, he has clearly delivered on the pledge.

Trump’s tariff-driven attack against the world’s No. 2 economy has shown that expanding trade powers has indeed been the easy part. But as events this week show, winning a trade war against China -- which Trump once tweeted would also be “easy” -- looks increasingly like a more difficult and protracted endeavor than anticipated, with Beijing now showing more signs of digging in than capitulating.

Trump’s hawks have been arguing ever since the president took office that the only way to get China to make meaningful changes to what some openly call a “deviant economic model” is to continue punching it in the nose until you force surrender. Yet the big question looming now is whether that belligerent approach may be backfiring with daunting consequences for the global economy.

“All of the Chinese people are ready to embark on a new ‘Long March’ journey with greater courage and resilience and will never yield to foreign bullying and assault," state-run Xinhua News Agency said in a commentary on Friday.

The hope for a respite from rising tensions now rests on a planned meeting between Trump and Xi on the sidelines of a late-June Group of 20 Summit in Japan. But it’s not clear that meeting will even take place. Cui Tiankai, China’s ambassador to the U.S., told Bloomberg Television on Friday that there had not yet been any official discussions about a meeting, though “the possibility is always open.”

“If things continue the way they are why would Xi want to meet with Trump,” said Jeffrey Schott, a senior fellow at the Peterson Institute for International Economics. “Every day the wedge between the U.S. and the Chinese side seems to get bigger and there’s no sign of any bridges being built.”

China is also not the only one showing signs of preparing for a longer trade war.

Trump this week announced a new $16 billion aid program for farmers caught in the trade wars to whom just weeks ago he had been promising a deal with China that would mean huge new purchases of their crops. He also has settled a dispute with Canada and Mexico over steel tariffs, which had led to retaliation by the U.S. neighbors against agricultural exports.

The price of U.S. soybeans, which China has stopped purchasing during the trade feud, is hovering close to the lowest level in a decade just as planting season gets under way. A headline this month in the Des Moines Register, the biggest newspaper in Iowa, underscored the pain: “It can’t get any worse.”
Clothing, Smartphones

A bigger potential economic and political risk now confronting Trump is the risk that the next wave of his tariffs will hit consumer staples like children’s clothing and smartphones imported from China and thus envelop the entire U.S. economy.

The fear of rising prices caused Treasury Secretary Steven Mnuchin to pick up the phone and speak with Walmart Inc. Chief Financial Officer Brett Biggs, who has warned that duties on Chinese imports will raise prices for American consumers.

“I am monitoring this situation carefully,” Mnuchin told the House Financial Services committee on Wednesday.

China is turning the tables on the U.S., accusing the Trump administration of overreach and government intrusion into private enterprise. Though many in Washington believe the administration has valid security concerns, the restrictions on Chinese companies such as Huawei, in particular, have raised fears of a bigger technological war that could backfire against the U.S.
Tech Progress

The escalating battle over Huawei has left U.S. suppliers caught in the middle and raised questions for some industries about what some already see as the inevitable long-term damage to their position in the lucrative Chinese market.

In playing the long game, China may be looking at Trump’s weak poll numbers and trying to wait him out, in the hopes that a Democrat might unseat him in the 2020 election. Trump and those close to him see that as a miscalculation, portraying his tough stand on China as a political asset.

That confidence might be overstated around the Monongahela River town where Trump laid out his trade strategy during the 2016 campaign. Even after tariffs on steel imports from China and other countries, the industrial rebirth there hasn’t happened as he promised.

“We really haven’t seen much of a change in the revitalization that he spoke of with the mills,” said Leanna Spada, director of the Mon Valley Regional Chamber of Commerce in Charleroi, Pennsylvania. “There are some people who think it’s going to happen, but some still don’t see it -- it’s just not feasible.” - Bloomberg
Article type: metered
User Type: anonymous web
User Status:
Campaign ID: 18
Cxense type: free
User access status: 3 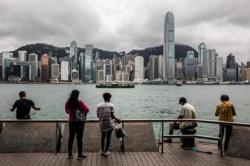 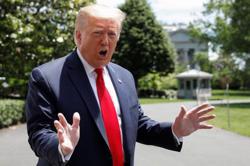 As protests rage, Trump will not move to seize control of National Guard troops 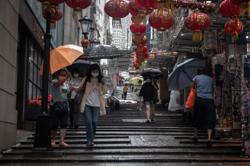 Chinese media use race clashes to criticise US over Hong Kong